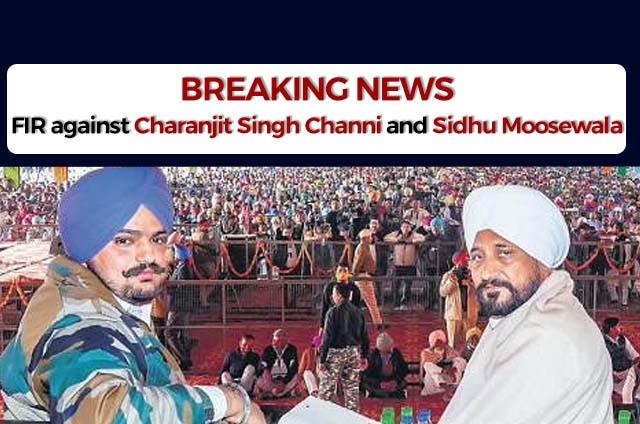 As per the reports, both Charanjit Singh Channi and Sidhu Moosewala were seen doing a door-to-door campaign in Mansa district even after the time for election campaigning was over.

As per the reports, the Election Commission of India has also sent a notice to Channi and Moosewala on the complaint registered by AAP candidate Vijay Singla. He complained that both Moosewala and Channi were canvassing in Mansa even after the time for it was over. The FIR has been registered under section 188 of the IPC.