After win in Punjab, who are Aam Aadmi Party’s picks for Rajya Sabha? 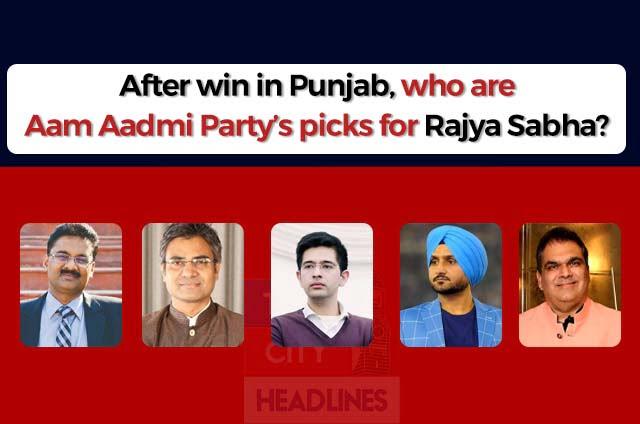 It is to be noted that five Rajya Sabha seats will fall vacant on April 9. To fill those seats, elections will be conducted on March 31 and names were to be given today.

Punjab Chief Minister Bhagwant Mann was the only Lok Sabha MP of the Aam Aadmi Party. Now, as he has resigned from the post, by-elections will be held for the Sangrur MP seat.

Who are these five nominees of AAP?

Harbhajan Singh is a renowned ex-cricketer. He played a crucial role in the 2007 and 2011 World Cup. Before Punjab Assembly elections, Harbhajan Singh had met then Punjab Pradesh Congress Chief Navjot Singh Sidhu. After the meeting, there were several speculations that Harbhajan Singh might join Congress. However, he denied it.

Sandeep Pathak is a professor of Physics at the Indian Institute of Technology. The reports suggest that he played a key role in party’s election campaigning. He is very close to Punjab Chief Minister Bhagwant Mann and AAP Supremo Arvind Kejriwal.