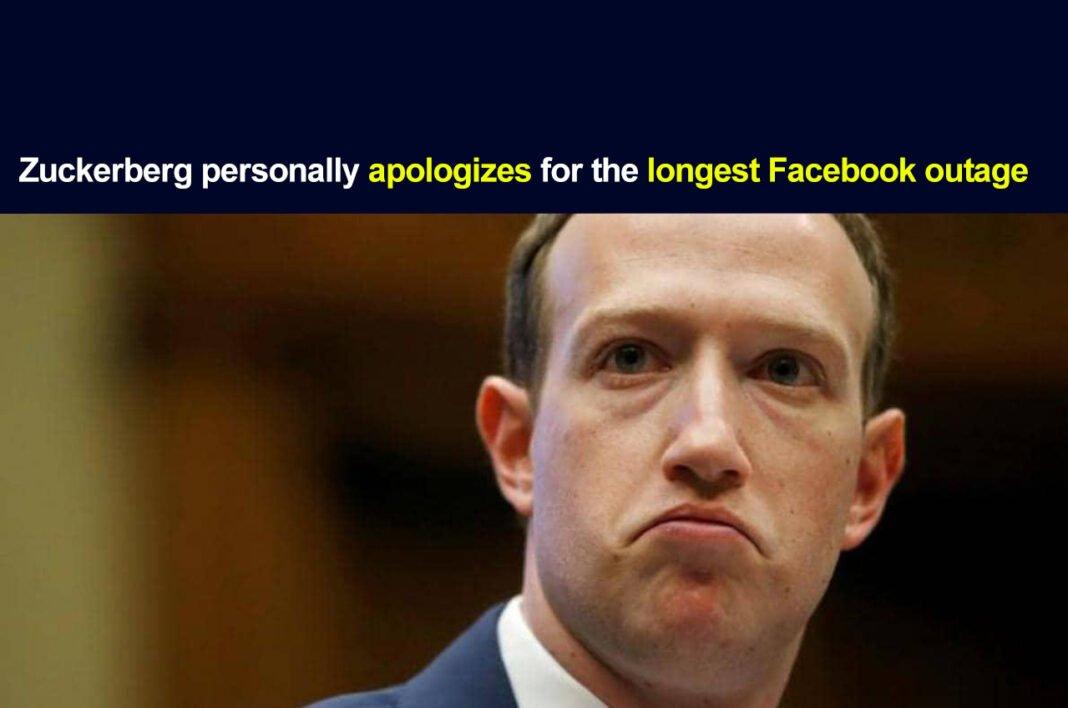 On Monday, people in different parts of the world were unable to use the applications owned by Facebook. It all started around 9:15 PM IST and Facebook, Instagram and WhatsApp were not working properly.

The co-founder of Facebook, Mark Zuckerberg on Tuesday apologized for the inconvenience caused to millions of people because of the disruption. Zuckerberg took to Facebook to let people know that everything was coming back online.

He wrote, “Facebook, Instagram, WhatsApp and Messenger are coming back online now. Sorry for the disruption today – I know how much you rely on or services to stay connected with the people you care about.”

The outage continued for around six long hours and it is being seen as the largest failure of the social media giant. As per the reports, Facebook’s shares fell 4.9 percent on Monday. As per the estimates from ad measurement firm Standard Media Index, Facebook was losing about US $545,000 in ad revenues per hour during the outage.