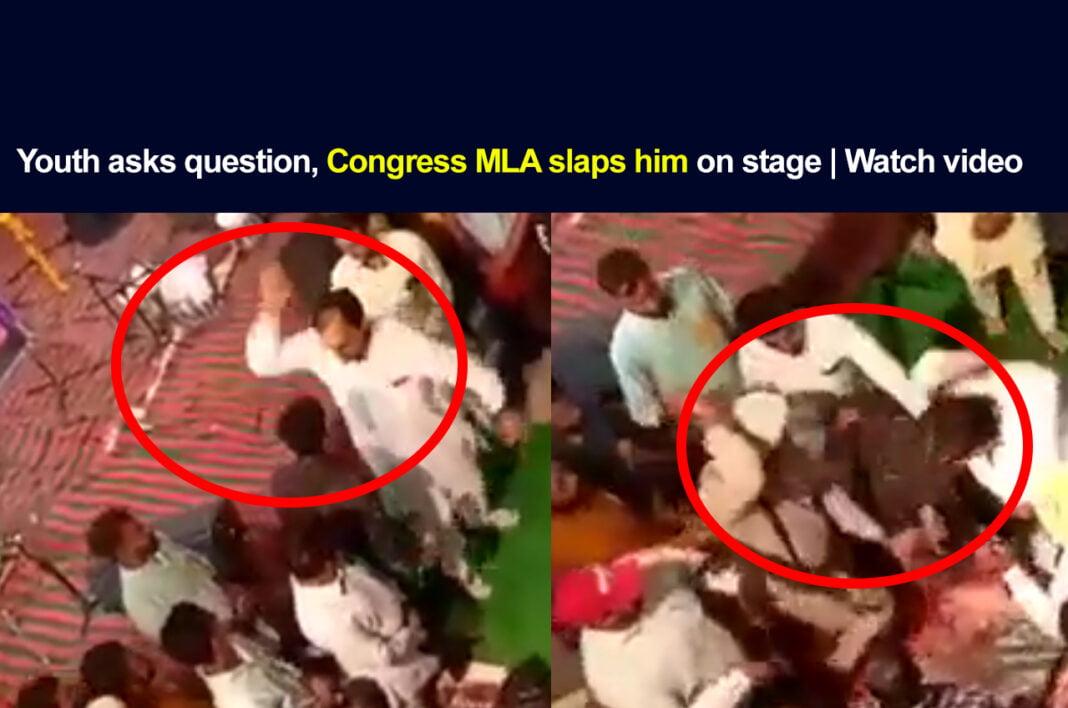 A video of an MLA from the Congress Party in Punjab has gone viral in which he and his supporters can be seen beating a teenager.

According to the reports, MLA from Bhoa assembly seat in Pathankot Assembly seat, Joginder Pal Singh was invited as a chief guest at a religious function in Samrala village. He was addressing the audience and speaking about the development works he had done. At that time, a teenager came and started saying something. His supporters and party workers tried to stop the boy.

But then Joginder asked the boy to come to the stage. He handed the mic to him and asked him to speak. The young boy asked the MLA “Tu ki Kitta?” (What have you done?). Fumed with his question, the MLA slapped him and his supporters and party workers joined. Not only this but the policemen were also seen beating the youngster.

The reports suggest that the victim’s name is Harsh and he is a resident of Sukalgarh village. He reportedly belongs to Scheduled Caste.

The video of the incident has gone viral on social media and other political parties are condemning it. Sharing the video of the incident, Shiromani Akali Dal president Sukhbir Singh Badal criticized the Congress government. In his tweet, he also asked Chief Minister Charanjit Singh Channi to tell the public what he has done about the promises made in 2017.