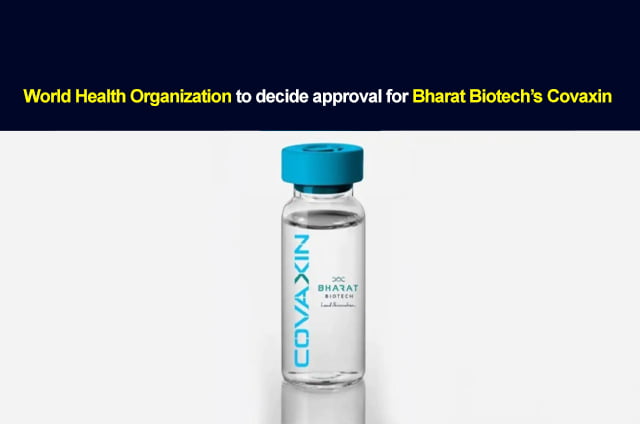 The World Health Organization will decide today if Bharat Biotech’s Covaxin should be approved for emergency use or not. The technical advisory group of the WHO will meet on Tuesday, to consider the emergency usage of Covaxin.

The chief at the World Health Organization Soumya Swaminathan reportedly said that the team has been closely working with Bharat Biotech to complete the dossier. She informed that the WHO’s goal was to have a broad portfolio of vaccines for emergency use.

International travel would become easier for many Indians inoculated with Covaxin if it gets approval from the WHO. The national regulators of several countries including the UK, have also not given any approval to Covaxin.