Who is Sneha Dubey? The officer who gave a fierce reply to Pakistan at the UN 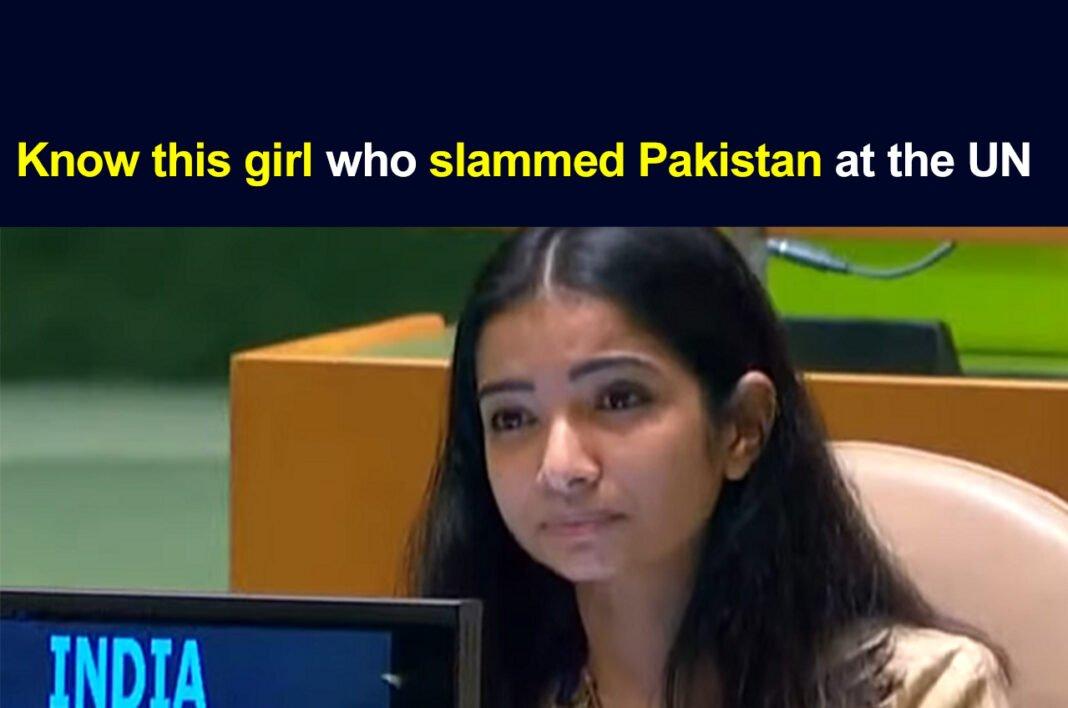 A video has been doing rounds on the internet where a woman Indian delegate is seen slamming Pakistan at the United Nations with her speech.

Sneha Dubey, India’s first Secretary, gave a fierce reply to Pakistan Prime Minister Imran Khan for his comments on India and his statement about Pakistan being a “victim”.

She said that this was not the first time the leader of Pakistan had misused platforms by the United Nations to propagate false and malicious propaganda against India.

She also said that Pakistan was a country where terrorists enjoyed “free pass” and the lives of the people of the minority community are turned “upside-down”.

Sneha reminded the audience at the UNGA that the mastermind of the 9/11 attacks, Osama Bin Laden, was sheltered in Pakistan. “Even today, Pakistan leadership glorify him (Osama Bin Laden) as a martyr,” she said.

So, who is Sneha Dubey? The girl who fearlessly and confidently responded to Pakistan on an international level.

Sneha Dubey is an Indian Foreign Services (IFS) Officer from the 2012 batch. She was the first to join government services from her family. Sneha completed her schooling in Goa and then graduated from Fergusson College, Pune. Then she pursued her MPhil in International Studies from Jawahar Lal Nehru University.

The reports suggest that her father works at a multinational company and her mother is a teacher.

She was one of the aspirants who cleared the UPSC exam in her first attempt. After becoming an IFS officer, she was appointed to the Ministry of External Affairs. Later, she became India’s third secretary at the embassy in Madrid.