Who is Parag Agrawal? The new CEO of Twitter 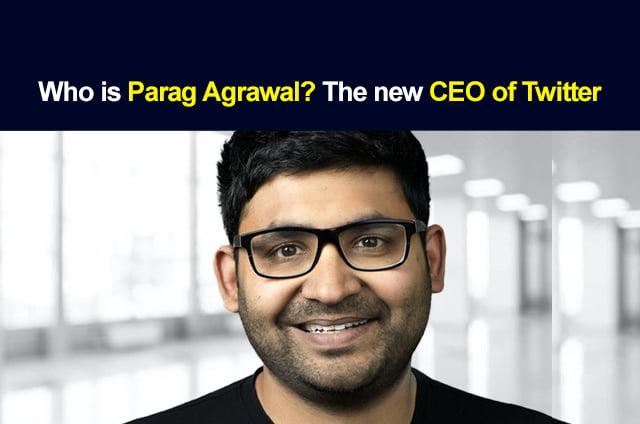 Jack Dorsey stepped down from the post of the Chief Executive Officer of Twitter on November 29. Hence, the board has named Parag Agrawal as the new CEO of Twitter. The erstwhile Chief Technology Officer, Parag Agrawal has been chosen unanimously by the board.

The co-founder of Twitter, Jack Dorsey has left the company after 16 years of his service. He announced his resignation from the top position on Twitter. Sharing the details, he wrote, “not sure anyone has heard but, I resigned from Twitter”

He also shared the resignation mail in which he wrote, “There are 3 reasons I believe now is the right time. The first is Parag is becoming our CEO. The board ran a rigorous process considering all the options and unanimously appointed Parag. He’s been my choice for some time given how deeply he understands the company and its needs.”

Responding to his tweet, Parag Agrawal wrote, “Deep gratitude to @jack and our entire team, and so much excitement for the future.” He also shared the note that he sent to the company.

Who is Parag Agrawal?

CNBC reports that prior to his arrival at Twitter, Parag completed his research internships at AT&T, Microsoft and Yahoo. It is to be noted that Parag is not the only Indian origin CEO of the multinational tech companies. The list includes Sundar Pichai (Google), Satya Nadela (Microsoft), Shantanu Narayan (Adobe), Arvind Krishna (IBM), Nikesh Arora (Palo Alto Networks).