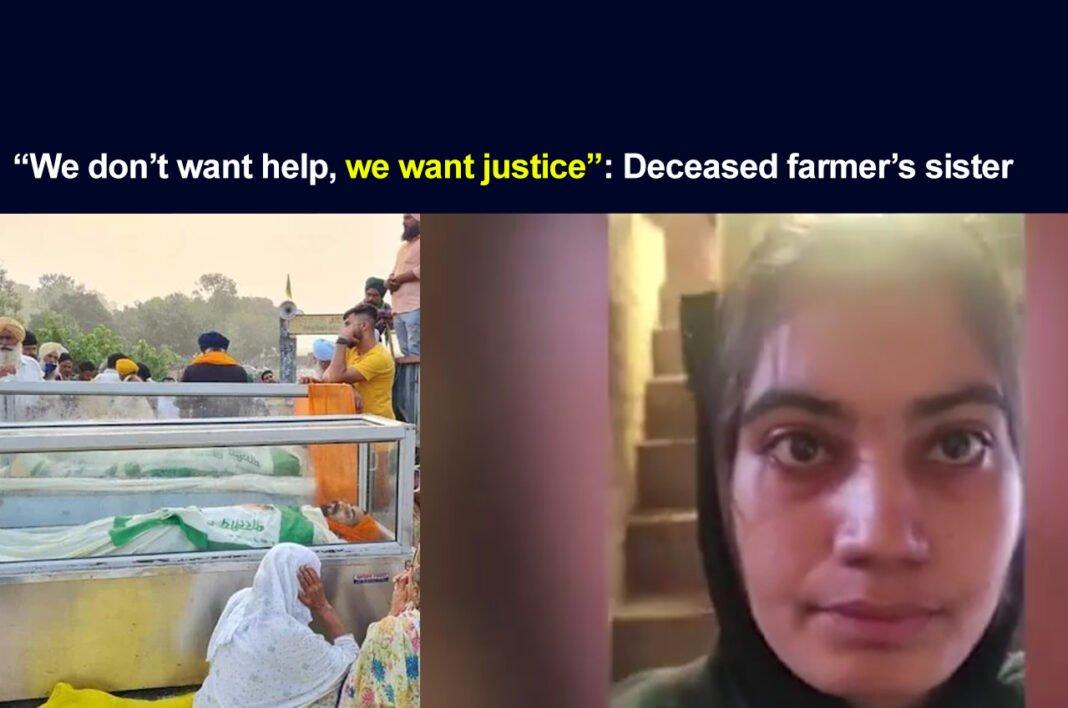 Lovepreet Singh was one of the deceased farmers who died on Sunday in Lakhimpur Kheri. His family had denied cremating the body and demanded an autopsy report.

His sister Amanpreet Kaur has now said that their family does not want any help but all they want is justice.

It is to be noted that the Uttar Pradesh government has announced a compensation of Rs. 45 lakh for the deceased farmers. For the injured, they had announced Rs. 10 lakh as compensation.

Samyukta Kisan Morcha had identified the deceased farmers as Lovepreet Singh, Daljeet Singh, Nachattar Singh, and Gurvinder Singh. They claimed that Union Minister of State Ajay Mishra’s son Ashish Mishra crushed the farmers with an SUV. An FIR has been lodged against him. However, Ajay Mishra said that he and his son was not present on the spot.