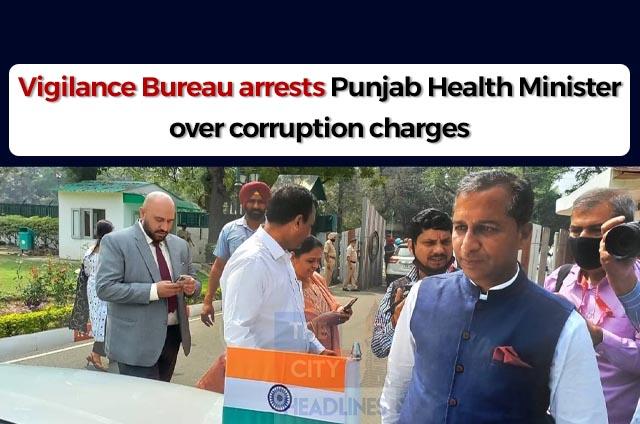 Punjab Chief Minister Bhagwant Mann on Tuesday sacked Punjab’s Health Minister Vijay Singla on corruption charges. As per the reports, Vijay Singla, MLA from Mansa constituency, was seeking 1 per cent cut in tenders allotment and purchase of goods related to the department.

Punjab Chief Minister Bhagwant Mann said that he had directed the police to register a case against Vijay Singla. Also, he said that Dr. Singla has confessed to the crime.

Bhagwant Mann, in a video message, said that there would be zero tolerance for corruption in AAP’s government.

In the video message, Bhagwant Mann said that a case came to his notice that one of the ministers of his cabinet was seeking 1 per cent commission for each tender and purchase related to the health department.

Further, Bhagwant Mann said, “Only I had the information about this case. Neither any of the MLA or anyone from the opposition knew about it. Had I wanted, I would have covered up the matter. But I am taking strong action against him. I am sacking him from the cabinet and directing the police to take action against him.”

Now, Vijay Singla has been arrested by Vigilance Bureau.