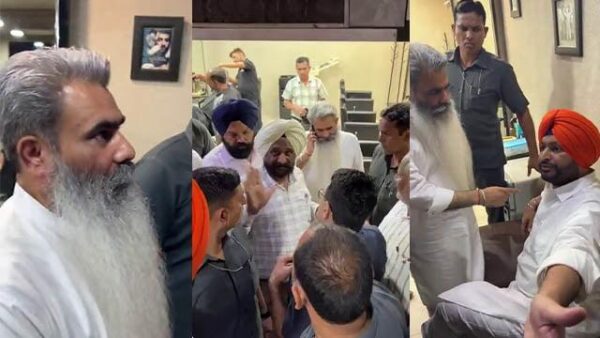 The Punjab Vigilance Bureau in its drive against corruption on Monday arrested former minister Bharat Bhushan Ashu in the food grains transportation tenders scam and further investigation, in this case, is under progress.

Disclosing this here today a spokesperson of the State Vigilance Bureau (VB) said that the Bureau, after verification of a complaint made by complainant Gurprit Singh, has already registered FIR No. 11 Dated 16-08-2022 u/s 420, 409, 467, 468, 471, 120-B IPC and 7, 8, 12, 13(2) Preventions of Corruption Act at VB police station Ludhiana in which contractors namely Telu Ram, Jagroop Singh and Sandeep Bhatia besides owner/partners of Gurdas Ram & Company has been booked.

Revealing more he informed that accused Telu Ram has already been arrested in this and he is on police remand. During investigation by the VB, accused Telu Ram has submitted that he met Bharat Bhushan Ashu through his PA Meenu Malhotra for getting tenders for the season 2020-21 who further told him to meet Rakesh Kumar Singla, Deputy Director Food & Civil Supplies.

Singla was incharge of all Punjab being chairman of departmental chief vigilance committee for tenders and was acting on the directions of former minister.

The accused Telu Ram has informed the VB that when he met RK Singla, he has demanded Rs 30 Lakh on behalf of former minster and on different days he has given the bribes to RK Singla Rs 20 lakh, PA Menu Malhotra Rs 6 lakh and money to officers.

The spokesperson added that on the basis of revelations as well as the material evidence above mentioned persons and former minister Bharat Bhushan Ashu have been nominated as an accused in this case.

During Investigation it has come on record that Telu Ram has purchased about 20 acres land and accused Meenu Malhotra, who is at large, has also made number of properties and record is being collected in this regard.

He informed that the record with regard to posting of accused Rakesh Kumar Singla is also being collected besides properties made by him would be probed.

Revealing modus operandi of this scam, the spokesperson informed that the tenders were invited cluster wise in which ‘A’ group of mandis and work of all procurement agencies was allotted for the cluster and name of leading mandis in particular area was used as cluster name.

In Ludhiana district, Telu Ram was having 4 clusters namely Jodhan, Mullanpur, Raikot and Payal which contains 34 grain markets. Apart from this, Telu Ram was also having cluster in district Ferozpur at Talwandi Bhai and district Ropar local.

During investigations it has come to light that main accused Telu Ram had received approximately amount of Rs 25 crore for the said work. In order to get tenders the lists of vehicles submitted by the accused were containing registration numbers of Cars, Scooters, Motor Cycles etc but the same transportation vehicles were required to be verified. After verification technical bid was required to be rejected by district tender committee however they in connivance with each other allotted the tenders.

He added that even in the gate passes numbers of Scooters, Cars etc were mentioned but the above-mentioned officers made payments to the accused contractors in respect of material quoted in these gate passes thereby matter regarding misappropriation also comes to light.

He informed that further investigation in this regard is under progress and involvement of others would also be probed in this scam.