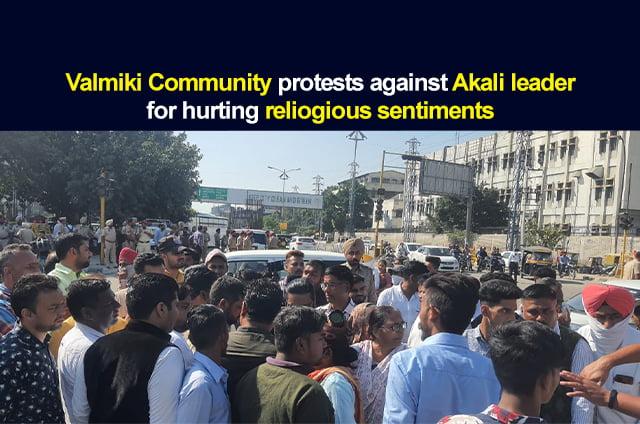 Pritpal Singh Pali is the candidate from the SAD-BSP alliance from Ludhiana Central and also, he is the Chairman of Gurudwara Dukhniwaran Sahib Prabandhak Committee. In a video, Pritpal Singh Pali was talking about the person who had used abusive language for Guru Nanak Dev. In the same video, he had allegedly used derogatory words for the Valmiki community.

The members of the Valmiki community has alleged that no action was taken against Pali. So, they blocked one side of Bharat Nagar Chowk in Ludhiana protesting against him on Thursday, October 28.

After receiving the information, the police personnel reached Bharat Nagar Chowk to divert the traffic and control the situation. After a protest from the Valmiki Community, Pritpal Singh Pali posted a video message saying that he had no intentions of hurting anyone’s sentiments. He was just demanding action against the person who used the wrong words for Guru Nanak Dev. He also apologized for his earlier video.

Share
Facebook
Twitter
Pinterest
WhatsApp
Previous articleRs. 5 lakh for families of women who died in Bahadurgarh road accident
Next articleFacebook has become “Meta” | Know what is a metaverse and how will it work
- Advertisement -