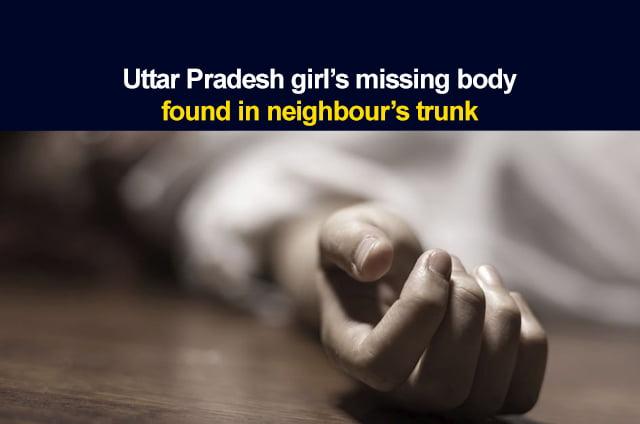 The body of a six-year-old girl of Hapur was found stuffed in the neighbour’s trunk after two days. According to the reports, the girl went missing on Thursday evening. On Saturday, the police found the body of the girl stuffed inside the trunk at her neighbour’s home.

Hapur SP Sarvesh Kumar reportedly informed that the body was sent for post-mortem. He said, “Yesterday, the reports of a missing girl was received. Today, we got the information that some unpleasant and suspicious smell was coming from the neighbour’s home. Therefore, a police team was sent that found the door of the house locked. We broke the lock and entered the building. There, we found the body of the girl inside a trunk.”

The police have taken the owner of the house into custody.

The girl’s father said that she last saw her daughter on Thursday evening around 5:30 pm. She was asking for Rs. 5. After that, she went missing. Further, he informed that the family searched for the girl the whole night but the efforts went in vain. The next day, they filed a complaint with the police.

The girl’s father also saw the CCTV footage installed nearby from where she spotted her daughter. She was reportedly taken away on a motorcycle.