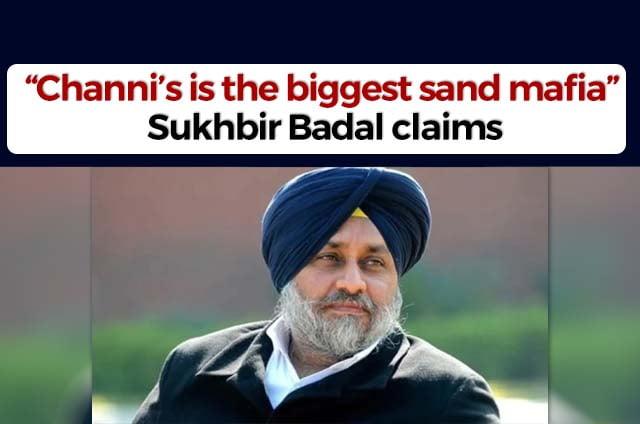 Shiromani Akali Dal President Sukhbir Singh Badal has once again demanded the resignation of the Chief Minister. Sukhbir Badal was speaking about the ED’s raid on Channi’s nephew’s house where Rs. 4 crore were seized.

Sukhbir Badal reportedly asked Congress to clarify its position in this matter. Addressing the media, Sukhbir Badal said that Charanjit Singh Channi was the biggest sand mafia in Punjab.

Other than that, he also talked about Congress’ posters in which Sunil Jakhar, Charanjit Singh Channi and Navjot Singh Sidhu are seen. Sukhbir Badal said, “It seems like three monkeys are portrayed in the posters.”

Further, Sukhbir Badal said that crores of rupees would be found if Charanjit Singh Channi’s residence is raided.