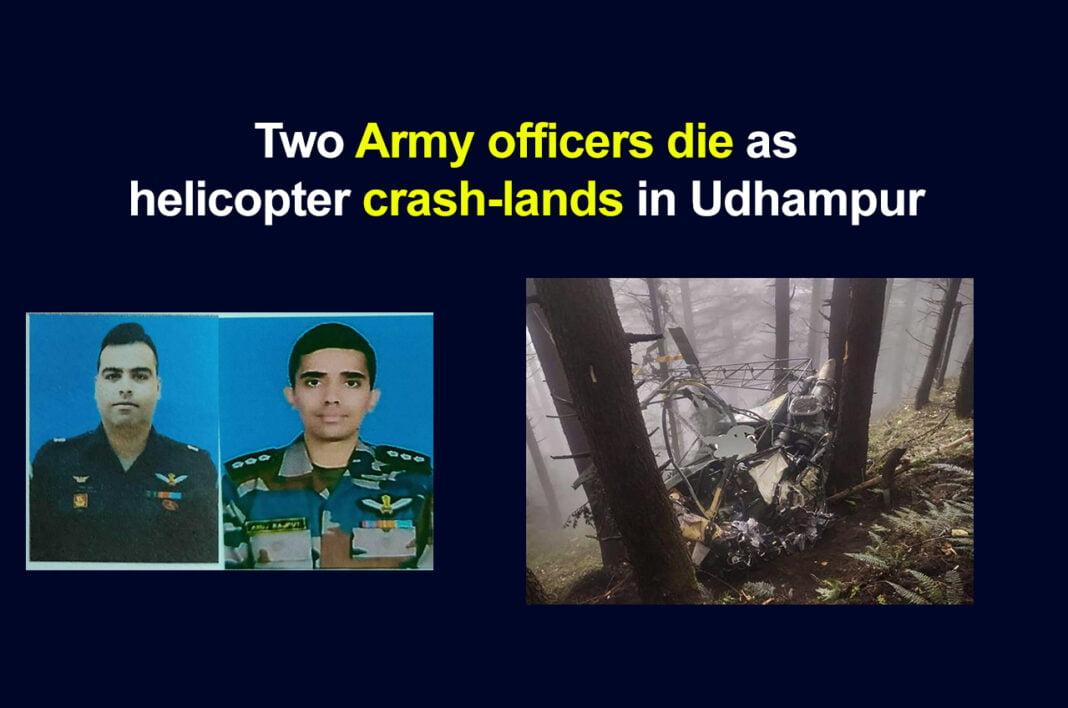 Two pilots from the Indian army died on Tuesday as their helicopter crash-landed near Patnitop in Jammu and Kashmir. The pilots who lost their lives have been identified as Major Rohit Kumar and Major Anuj Rajput. Both of them were from the Indian Army Aviation Corps.

The reports suggest that they had taken off from Udhampur in a single-engine “Cheetah” helicopter. It crash-landed at Shiv Garh Dhar area of Udhampur district. The pilots were evacuated and rushed to the hospital.

The media reports suggest that this is the second incident of an Army Aviation helicopter crashing in six weeks. A Rudra helicopter had crashed in the lake of Ranjit Sagar Dam across the Ravi on August 3.