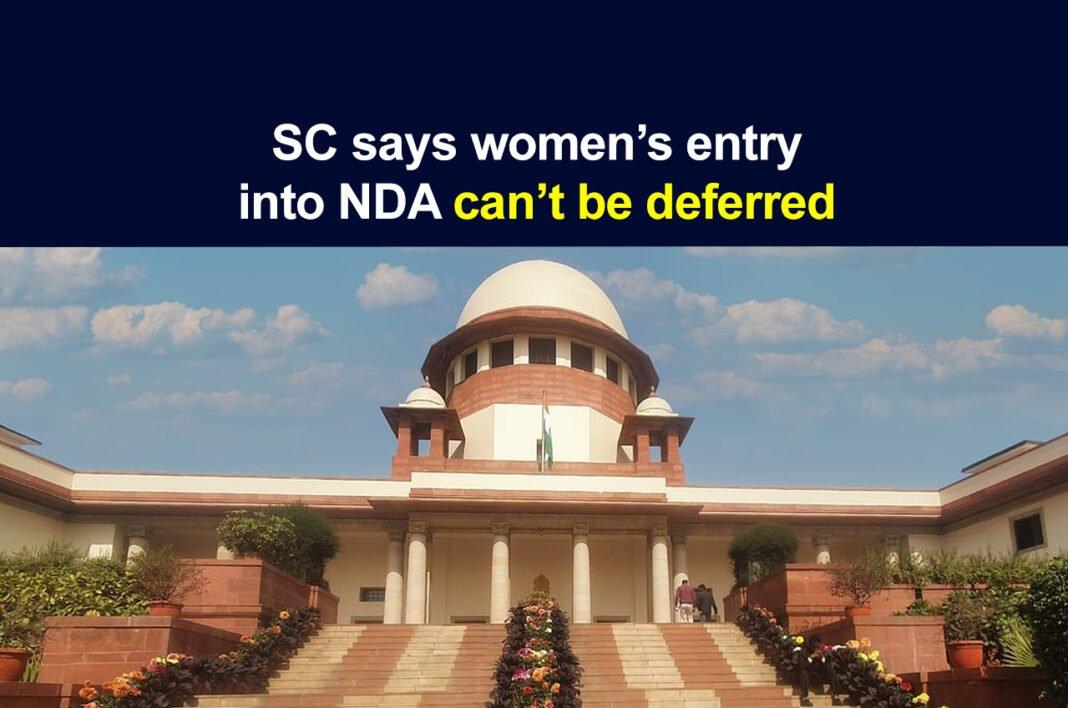 The Supreme Court on Wednesday refused the Centre’s request to postpone Women’s entry in the National Defence Academy till May 2022.

This was a response to Additional Solicitor General Aishwarya Bhati’s request to allow female candidates to appear for the NDA exams in the next session in May next year instead of November 14 this year.

According to the reports, a Bench led by Justice SK Kaul told Aishwarya Bhati that we find it difficult to postpone everything by a year. “After we have given hope to the women aspirants, we do not want to deny it,” the Bench said.

The Bench did not modify its interim orders of August 18 to allow women candidates to appear for the NDA and Naval Academy Exams.

Further, the Bench said, “Instead of skipping the exam try to work out something for them. What answers would we have for the women candidates who are preparing for the exams? Don’t ask us to effectively vacate the order. You go with the exercise. Let’s see the results and see how many women get there.”

The Bench even said that the Armed forces are best to deal with emergencies and they have been in much greater emergencies than this one.