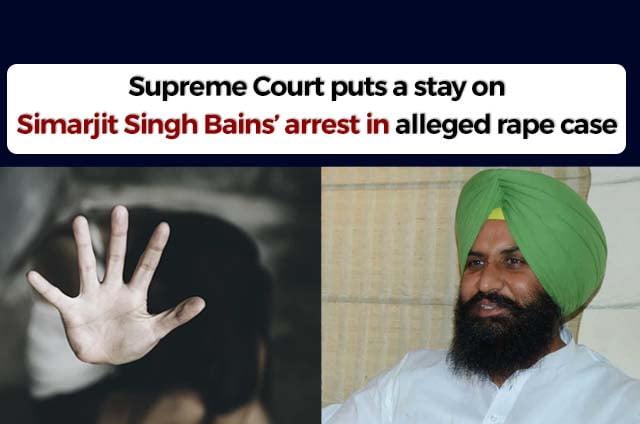 Lok Insaf Party President and candidate from Atam Nagar, Simarjit Singh Bains has got a major relief from the Supreme Court.

A petition has been filed in the Supreme Court on behalf of Simarjit Singh Bains. Earlier, the court had given him relief for three days. MLA Bains is contesting from Atam Nagar this time also. He also filed the nomination papers online.

The victim woman has filed a petition in the High Court for the arrest of MLA Simarjit Singh Bains and other accused. The regular hearing of the petition is also going on.

Simarjit Singh Bains had moved to the Supreme Court and now, the apex court has given him a relief for a week.

She had put allegations of molestation and sexual harassment against Simarjit Singh Bains. Further, she alleged that the police did not take any action on her complaint. Eventually, the victim took to the local court.

On 7 July 2021, the court of Additional Chief Judicial Magistrate Harsimran Jeet Singh had ordered the police to register an FIR in the matter. However, MLA Bains challenged these orders in the Punjab Haryana High Court.