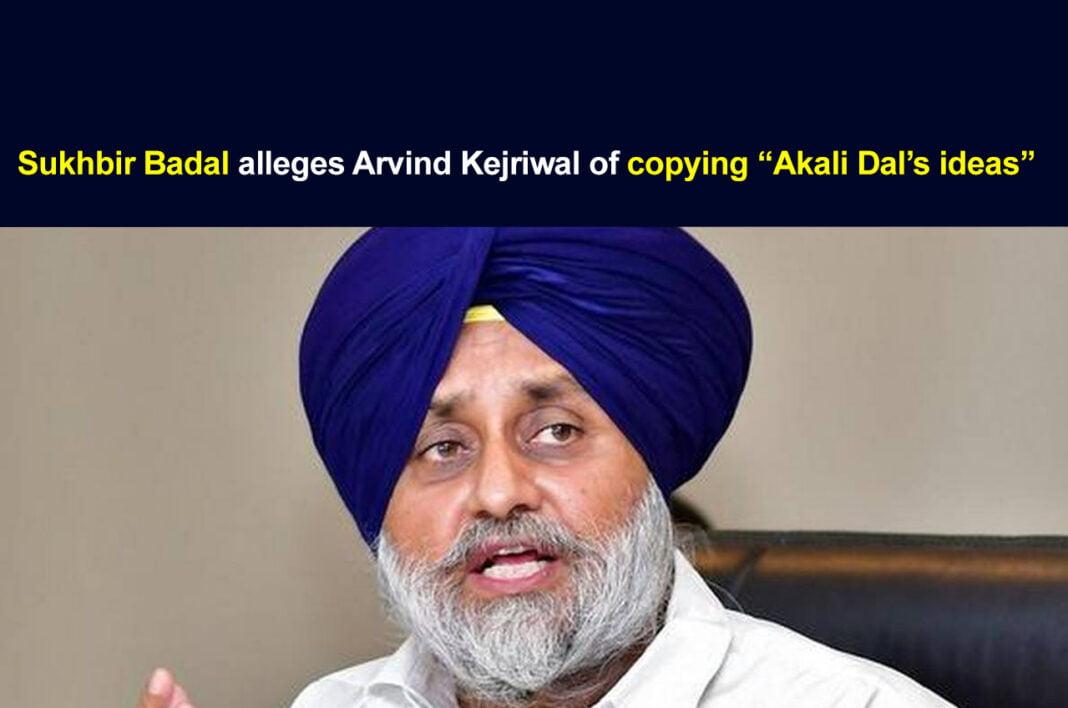 Punjab Assembly polls are near and the political allegations between different parties have started. On Thursday, September 30, Delhi CM and AAP leader Arvind Kejriwal held a press conference in Ludhiana and described ”six-guarantees” related to the health facilities to Punjab if his party comes to power.

However, Shiromani Akali Dal President Sukhbir Badal was quick to react to his announcements. Sukhbir immediately took to Twitter and alleged Arvind Kejriwal of copying the ideas of others. Sukhbir wrote that Arvind Kejriwal’s “health bullet-in”  was a Hindi translation of all the commitments made by Akali Dal on August 3. He also shared the pictures of Akali Dal’s manifesto.

Shiromani Akali Dal has promised Health insurance of upto Rs. 10 lakhs every year for all which will cover treatment, medicines, diagnostic tests, surgeries and medical equipment in all public and private hospitals.

Arvind Kejriwal was also asked if CM Charanjit Singh Channi was copying the ideas of AAP. This was regarding the electricity bills waiver that Channi announced on September 29. He said that copying was easy but implementation was difficult. “When AAP government was formed for the first time in Delhi for 49 days, 32 corrupt officers were suspended. On the other side, Channi’s government has posted tainted officers at top positions.”