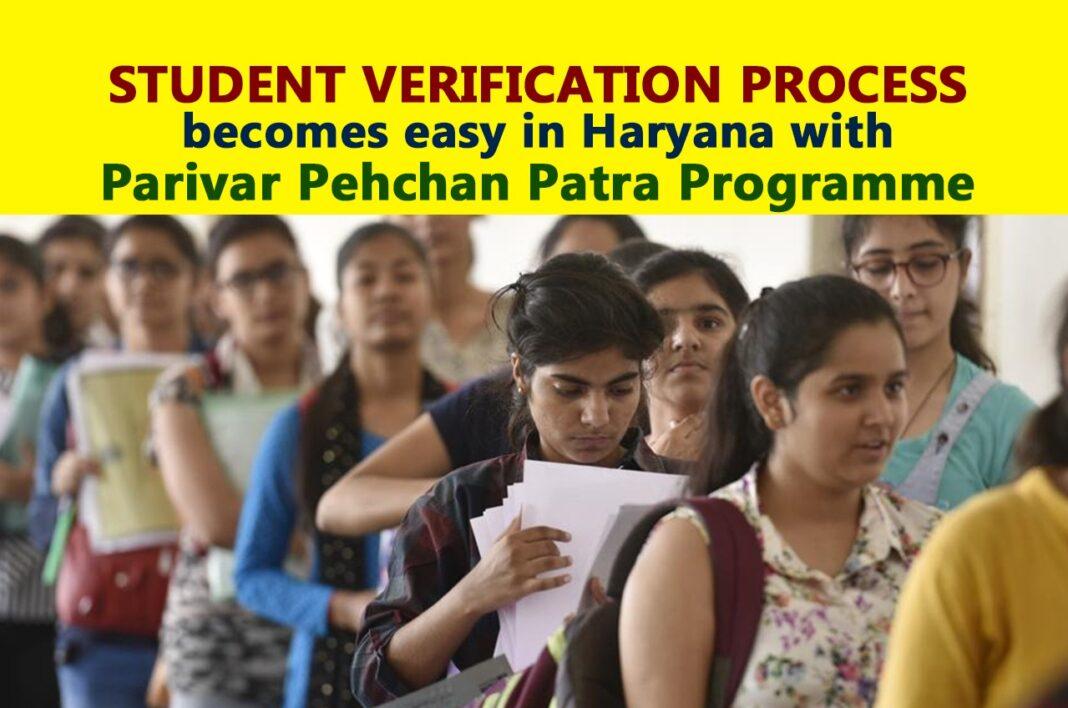 Haryana’s Parivar Pehcan Patra programme is becoming fruitful for the students of the state as they no longer have to stand in long queues and wait for their turn.

Because of the consolidated data, the admission process of the session 2021-22 has become easier for the students as most of the documents are verified under the Parivar Pehcahn Patra programme.

The reports have suggested that of the 1.96 lakh candidates registered for admissions, the data for 1.78 lakh was available immediately. The remaining did not have the PPP ID as they belonged to other states. The auto-fetch had simplified the admission process.

“In the manual admission process, the students would have had to bring certificates, get those corrected in case of mistakes, and also provide various proofs. We also used to have proof-verification committees in college. The work has reduced and became easy with this auto-fetch feature,” reportedly said Sunil Taneja, Principal, Government College, Bilaspur. The income certificates of 1,068 candidates were available under their PPP IDs and they did not need to submit the copies. Other than that, caste certificates of 46,000 students were also available under PPP programme.