Sidhu says he trusts Gandhis completely, will follow their decision 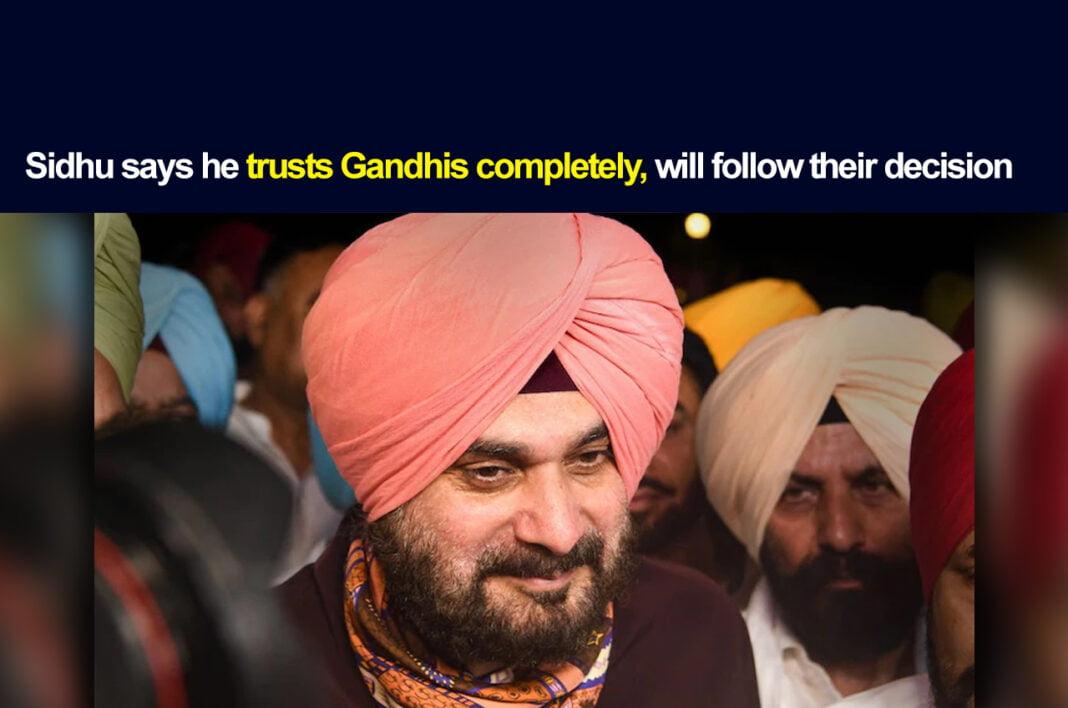 Sidhu said that he had conveyed his concerns related to Punjab and Punjab Congress with the party high command.

Further, he said, “I have complete faith in Congress President, Priyanka ji and Rahul ji. Whatever, decisions they make, will be for the best of Punjab and party’s interest.” He clarified that any decision by Gandhis would be acceptable and he would follow it.

Addressing the media, Harish Rawat reportedly said that he would give some good news soon.