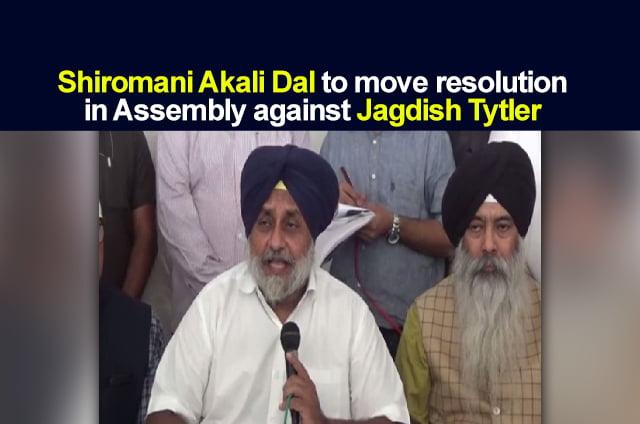 Shiromani Akali Dal on Friday slammed Congress for appointing Jagdish Tytler as one of the permanent invitees to the Delhi Pradesh Congress Committee. SAD President Sukhbir Badal said that his party will move a resolution in the upcoming Punjab Assembly session that is scheduled for November 8.

While addressing a press conference in Ludhiana, Sukhbir Singh Badal said, “Demanding an arrest of Jagdish Tytler and other Congressmen responsible for the 1984 Sikgh massacre, Shiromani Akali Dal would move a resolution in the upcoming Punjab Assembly session on November 8. Also, we will demand action against the Gandhi family, at whose instance it all happened.”

Further, Sukhbir Badal said that instead of punishing them, Congress was supporting the “butchers”. Tytler, one of the accused of the riots, should be immediately arrested, Sukhbir added.