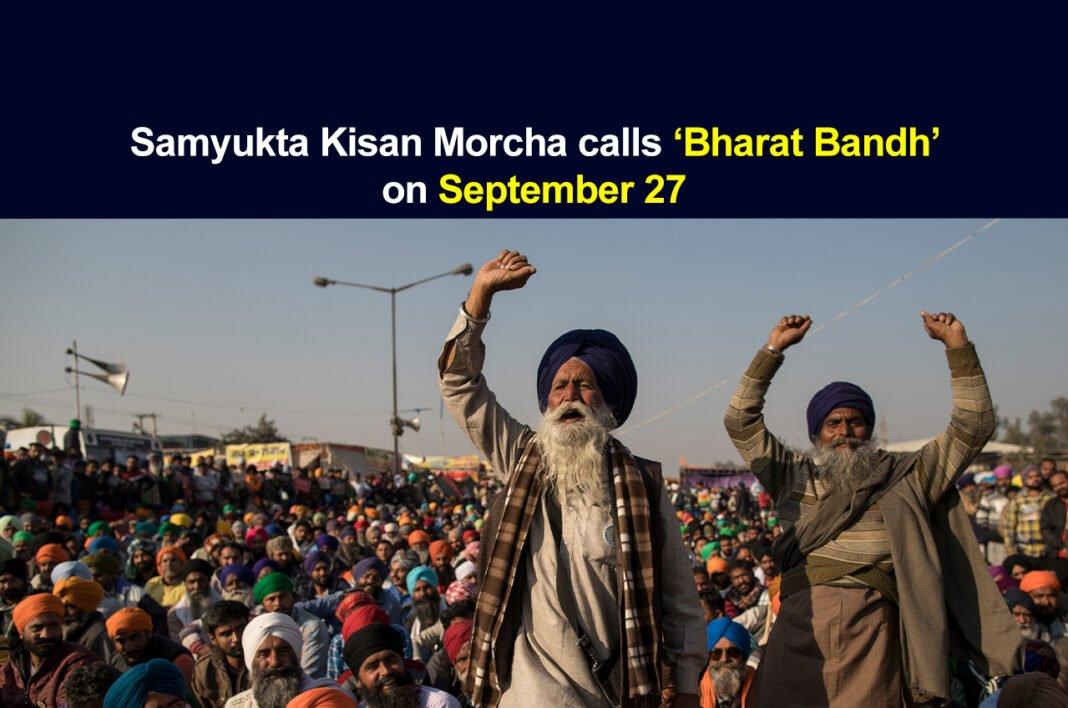 ‘Bharat Bandh’ has been called by the Samyukta Kisan Morcha (SKM) on September 27. As per the reports, the bandh will be effective from 6 am to 4 pm.

The Samyukta Kisan Morcha said, “The bandh include the closure of all government and private offices, public events and functions, industries and commercial establishment. The public transport will also come to halt.”

However, they said that all the emergency services including ambulances, medical stores, essential services will be exempted.

In Ludhiana, Bhartiya Kisan Union Ugraha on Saturday made the general public aware of ‘Bharat Bandh’. They conducted a rally from Aarti Chowk to Clock Tower.

The media reports suggest that the All India Bank Officers’ Confederation has also extended the support to ‘Bharat Bandh’.

The farmer union leaders have made it clear that they won’t protest inside Delhi. But they will reportedly block the highways connecting to Delhi and protest.

It is to be noted that the National Testing Agency will conduct Delhi University Entrance Test 2021 from September 26 to October 1. Therefore, students having exams on September 27 will have to face difficulties because of ’Bharat Bandh’.