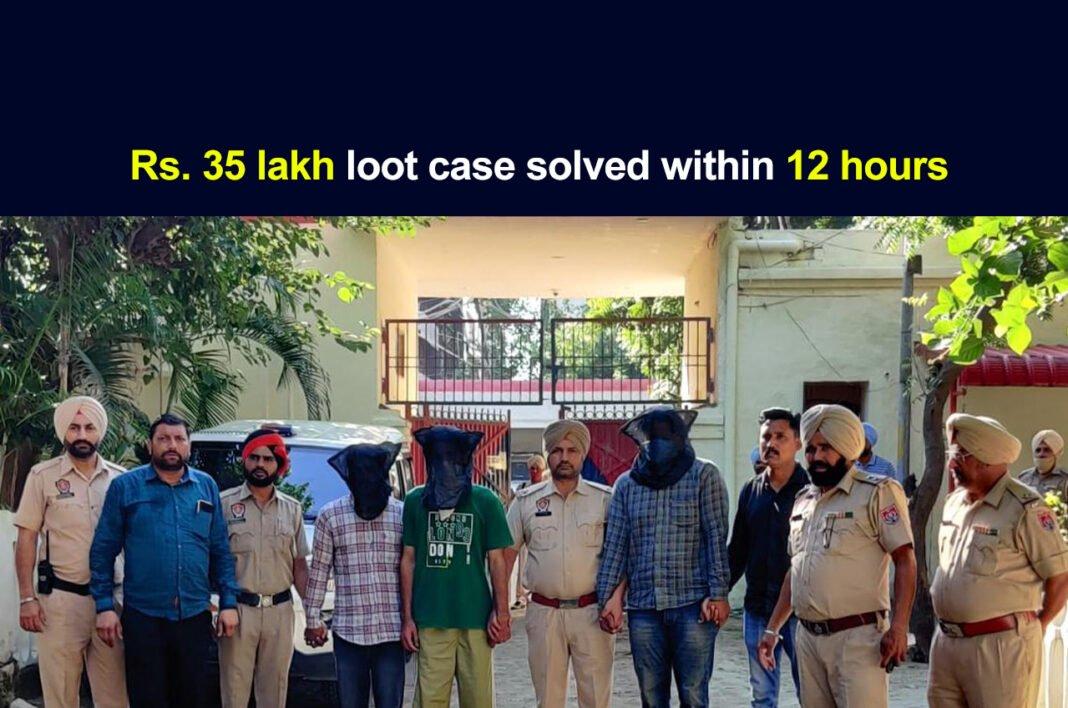 Ludhiana police solved the loot case of Rs. 35 lakh in just 12 hours. In the Millerganj area, at Kismat Complex, two bike-borne men had robbed the said amount from the employees of a gold trader on Friday, September 24.

The Commissioner of Police Ludhiana held a press conference on September 25 and informed about the police investigation. It was found that one of the employees at Shankar Metal (the victims), was involved in the robbery. Gagandeep Singh, the gunman who was appointed for the security was a key player in the loot. He along with his brother-in-law and his friend had planned to loot Rs. 35 lakh.

The accused Gagandeep Singh along with another employee Prince went to the market to sell gold. While they were returning to the office, the robbery happened just outside the building lift.

Giving details about the incident, Commissioner of Police Gurpreet Singh Bhullar informed that Gagandeep Singh, Satnam Singh alias Sandy and Sandeep Singh alias Seepa (the two bike-borne) have been arrested. They had used a toy gun to scare the employees. The bike used for the loot and the toy gun has been seized.

Gagandeep used to be a gym trainer. He lived in his maternal house in Patiala’s Ishwar Nagar. Because of his physique, his licenced weapon, he was appointed security personnel. Whenever someone had to go to receive some payment, Gagandeep was sent along. The police informed that Sandy was standing outside the building and Seepa used the toy gun to loot the money.