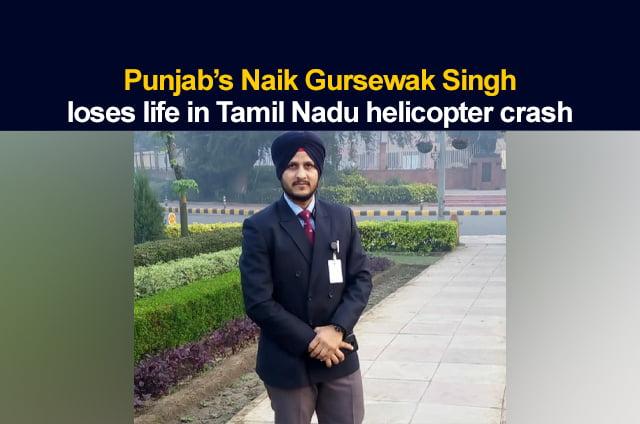 Gursewak is survived by his father, wife, two daughters and a son. His father worked as a daily wage worker. Gursewak had rejoined the duty two weeks ago as he was on a leave.

Those who died in the Tamil Nadu IAF helicopter crash include

Group Captain Varun Singh is the sole survivor of the Mi-17 chopper crash.