Punjab’s “Captain” changed, Channi is the new face on hoardings in Ludhiana 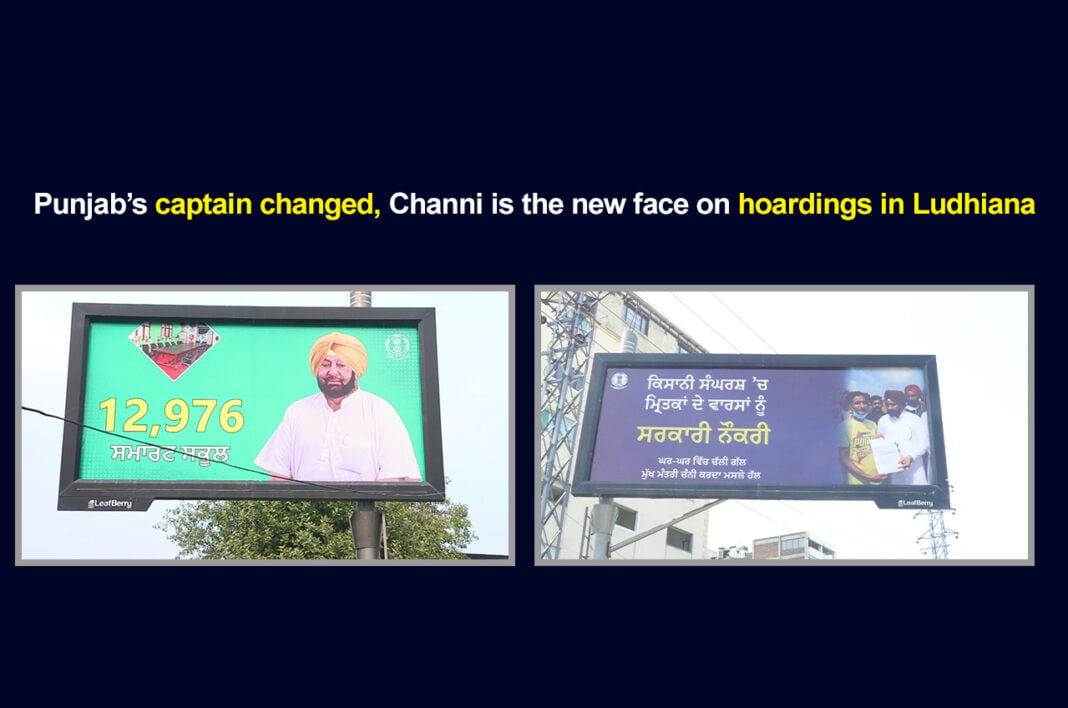 Just a few days after Captain Amarinder Singh resigned from his post of Chief Minister, his hoardings were removed from Ludhiana. Now, the city’s roads are filled with the hoardings of the new Chief Minister Charanjit Singh Channi.

It includes giving jobs to families of those who died during farmers’ protests, waiving off pending electricity bills, Sports kits to clubs, government jobs to Punjabi hockey players in the national team.