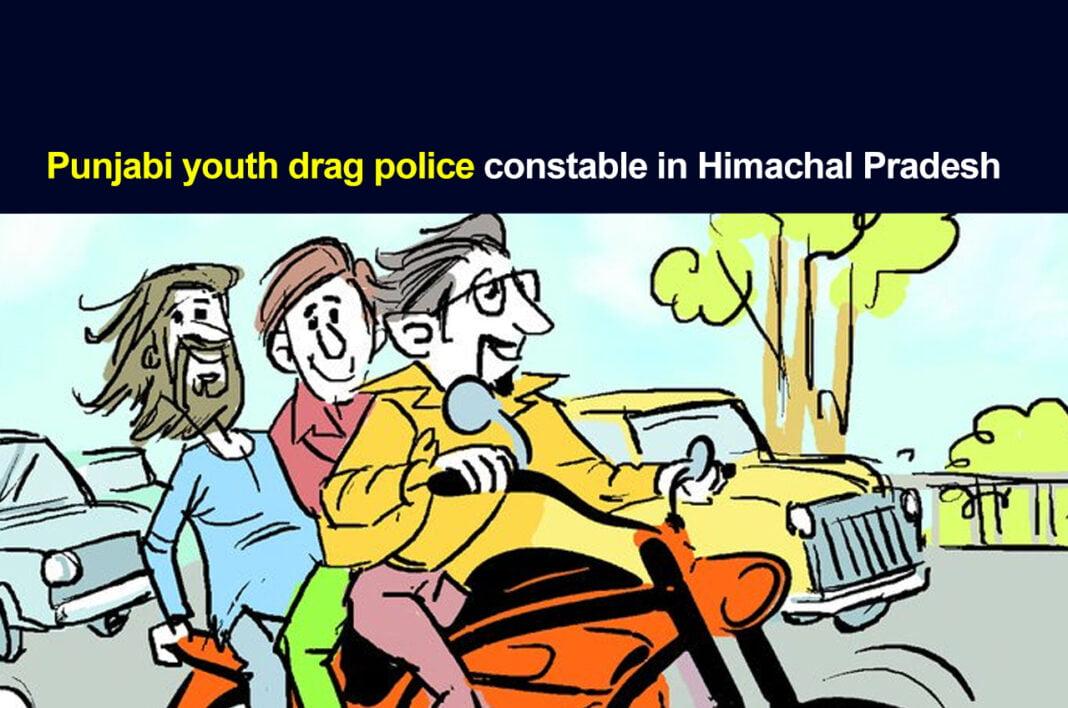 Three youths from Punjab reportedly dragged a police constable in the Una district of Himachal Pradesh on October 8, Friday. The reports suggest that they fought with the constable after a heated argument at the traffic light chowk of the district headquarters.

When the youth was stopped from triple-riding, they misbehaved with the policeman. Media reports suggest that three of the accused were detained and their vehicle was also seized.

According to the reports, Constable Manish was on duty at Traffic Light chowk when he received the information about the youth over wireless. When he saw them tripe riding, he tried to stop them. However, they tried to escape and Manish was dragged along with the vehicle.

After seeing the constable being dragged, the local shopkeepers got involved and they helped the police to get hold of the accused.

The victim policeman was seriously injured. The accused also received some injuries as the bike fell. The media reports suggest that three of them were assumed to be residents of Moosapur village of Shaheed Bhagat Singh Nagar district.