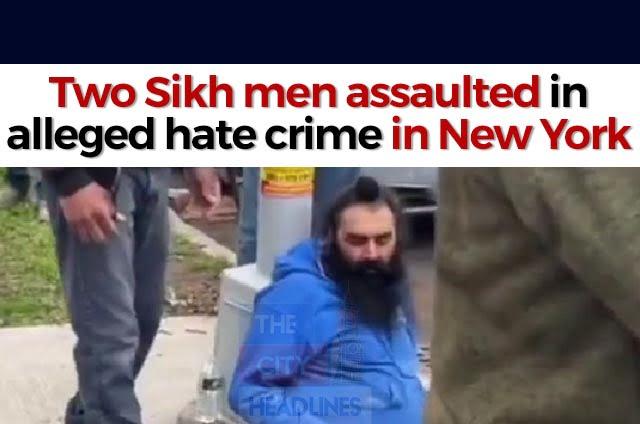 Two Sikh men were reportedly assaulted in New York City in an alleged hate crime incident that happened in the Richmond Hills area. The Consulate General of India has also condemned the incident and has termed it “deplorable”.

Also, they have informed that they were in touch with the police involved in the investigation of the incident. Also, one person has been arrested in connection with the crime.

It is to be noted that a similar incident was reported from the same spot where this incident happened. Then also, a Sikh man was attacked. As per the reports, two of the Sikhs attacked today, were on a morning walk when the incident happened.

The media reports suggest that the Sikhs were assaulted and their turbans were also removed. The suspects hit them against the pole due to which they were badly injured.

The first Punjabi American ever elected to New York State Office, Jenifer Rajkumar, also spoke on the incident. In her statement, she said, “I spoke to NYPD soon after both of this week’s incidents against my Sikh American family. I am calling for both incidents to be investigated as hate crimes, and that the perpetrators be prosecuted to the fullest extent of law.”

HAVE A LOOK AT THE VIDEO