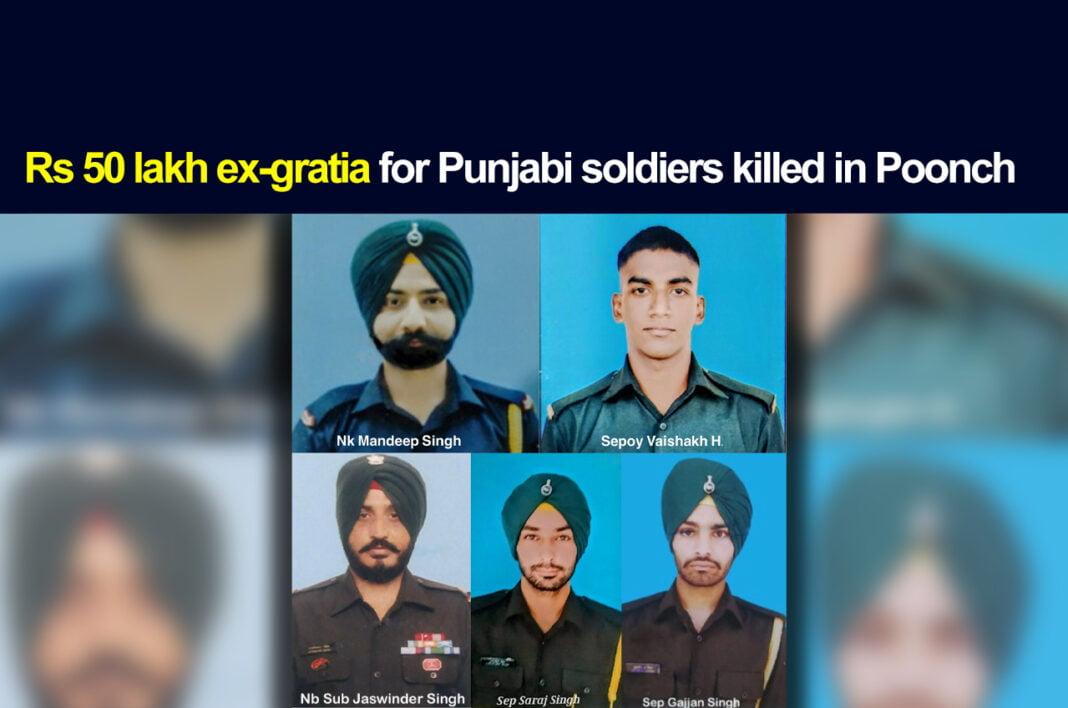 The Punjab government has announced an ex-gratia grant of Rs. 50 lakh to the families of the soldiers from Punjab who lost their lives in Poonch on October 11. Other than that, a government will also be provided to one member of each of the deceased’s families.

As per the reports, Naib Subedar Jaswinder Singh, Naik Mandeep Singh and Sepoy Gajjan Singh were the three from Punjab amongst the five who lost their lives during an encounter with the hiding militants in Surankote area of Poonch.

Punjab CM Charanjit Singh Channi took to Twitter and expressed grief over the death of the Army men. Sharing their picture, he wrote, “Terror attack in Poonch area of J&K is highly condemnable in which our bravehearts Naib Subedar Jaswinder Singh, Sepoy Gajjan Singh, NK Mandeep Singh, Sepoy Saraj Singh & Sepoy Vaisakh H sacrified their lives. I pay condolences to the bereaved families in this hour of grief.”