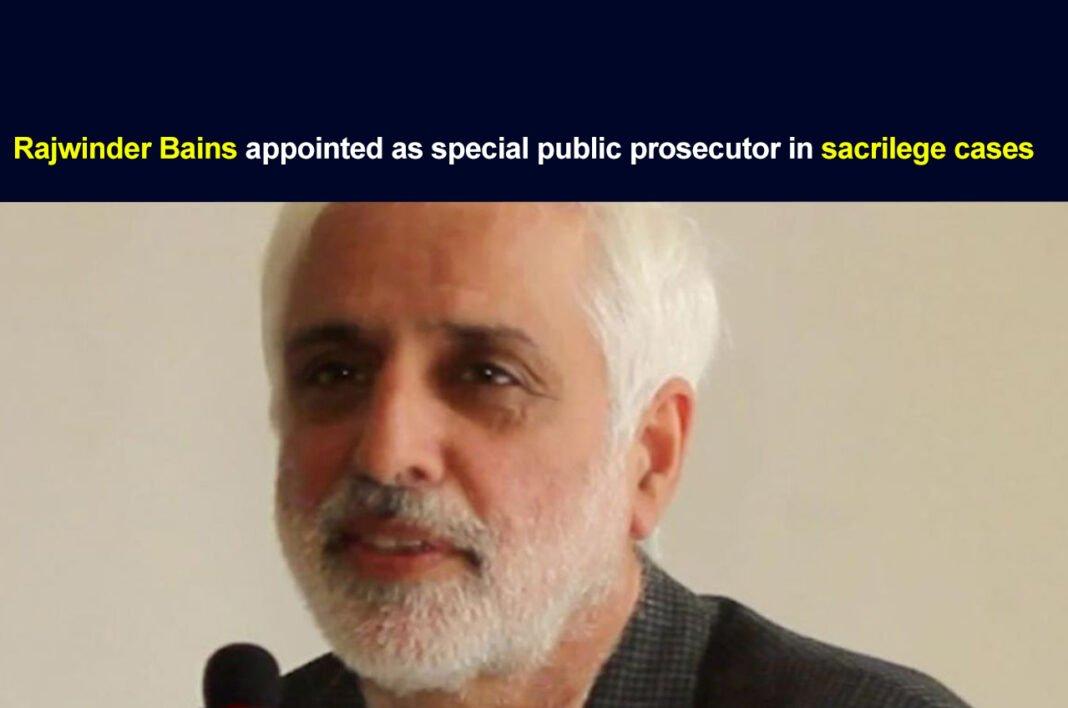 Senior advocate Rajwinder Singh Bains has been appointed as a special prosecutor to represent the state in four FIRs regarding the October 2015 Behbal Kalan and Kotakpura protests over sacrilege and police firing cases.

This has been seen as an attempt to pacify Navjot Singh Sidhu who had resigned from the post of Punjab Pradesh Congress Committee Chief. Navjot Singh Sidhu was upset over the appointment of AS Deol as the Advocate General and DGP Iqbal Preet Singh Sahota.

Deol had represented Sumedh Saini in an alleged corruption case. He had also represented him in several cases related to 2015 police firing cases.