“Please stop tagging me, I am not the former Punjab CM”, India football player clarifies 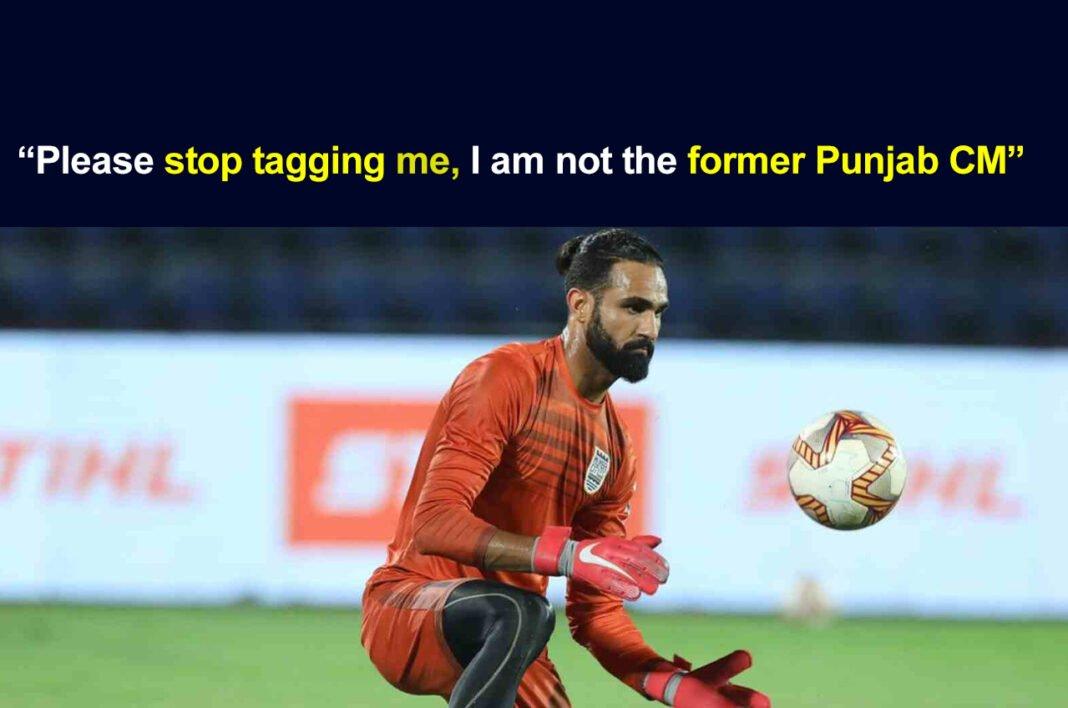 Just like any other issue, people on the social media platform Twitter were continuously discussing the political instability in Punjab Congress. Also, in an attempt to tag former CM Captain Amarinder Singh, people were tagging someone else.

The goalkeeper of the Indian National football team Amrinder Singh.

On Thursday, September 30, Amarinder Singh took to Twitter and informed who he was. He clarified who he was and urged the public, media channels, and journalists not to tag him.

He wrote, “Dear News Media, Journalists, I am Amrinder Singh, Goalkeeper of Indian Football Team and not the former Chief Minister of the State Punjab. Please stop tagging me.”