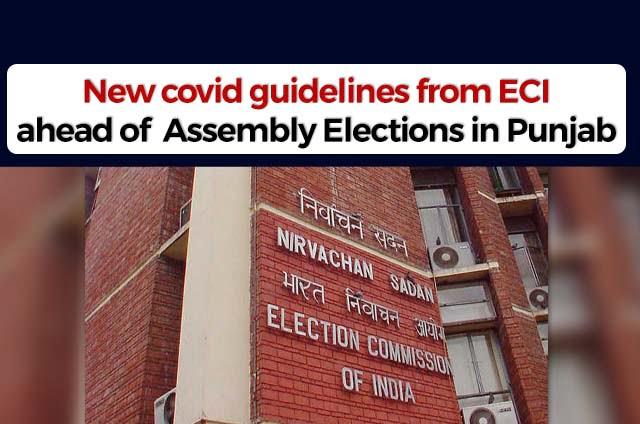 Amid the coronavirus surge all across the country, the Election Commission of India has issued some guidelines in the poll-bound states including Punjab.

Since the Model Code of Conduct came into force in Punjab, there is a complete ban on physical rallies. Even political gatherings are allowed with some restrictions.

The ban on physical rallies of the political parties was till January 22. Now, this ban will remain in force till January 31.

Giving some relaxation to the political parties, the number of people allowed for door-to-door campaigning has been increased from 5 to 10.

Also, now, 500 are allowed to gather for meetings in indoor complexes or 50 percent of the complex’s capacity. Other than that, the Election Commission of India has said that it is necessary for the political parties to follow all the covid safety protocols.

The assembly elections in Punjab will be conducted on February 20 and the results will be announced on March 10.