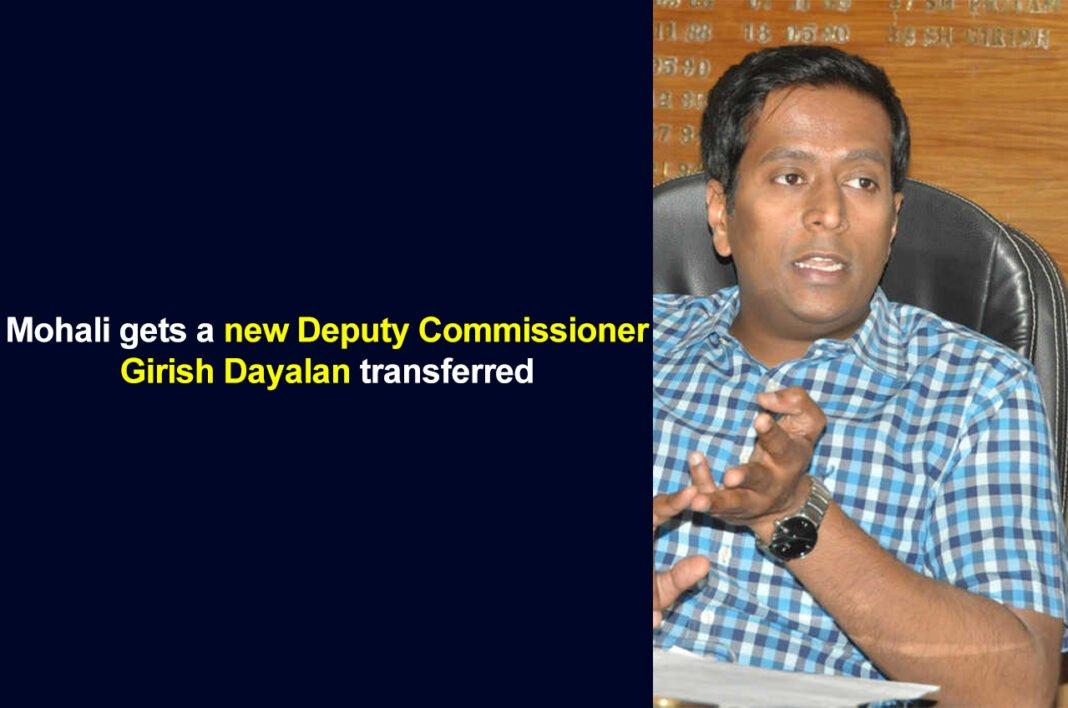 Several administrative changes are being made in Punjab after Charanjit Singh Channi took the oath as the CM. As per the reports, the Deputy Commissioner of Mohali Girish Dayalan has been transferred. He was the DC of the district for the last two years.

However, the reports suggest that Isha Kalia, a 2009 batch IAS officer will replace him. Currently,she is posted as Director General, School Education and Secretary, Punjab School Education Board.

A total of 9 IAS officers and 2 PCS officers have been transferred.