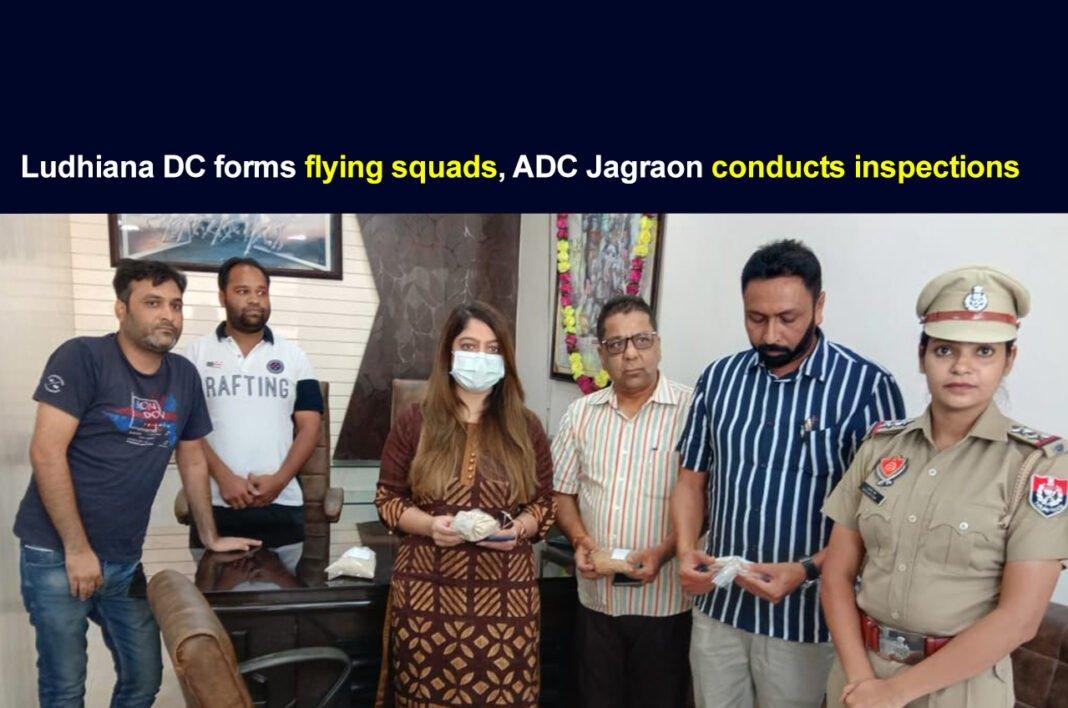 Ludhiana Deputy Commissioner Varinder Kumar Sharma has constituted 18 flying squads at district and market committee levels to keep a check on the recycling of paddy, bogus billing and inflow of illegal paddy from other states in Ludhiana.

As per orders, each flying squad at district levels would be headed by Additional Deputy Commissioners along with their police counterparts and a representative from Mandi Board, Food supply, Tehsildar or Nayab Tehsildar Excise to ensure strict compliance of orders. At sub-divisional levels, the squads would be led by SDMs along with police officials and others.

Further, orders read that these squads would inspect the grain markets and commission agents, and submit a report to his office daily. These squads would also carry out surprise visits at night in their areas to keep a vigil on the unauthorized inflow of paddy from other states.

Meanwhile on the directions of Deputy Commissioner, a team led by ADC Jagraon Dr Nayan along with Tehsildar Manmohan Kaushik, SHO Kirandeep Kaur, AFSO Beant Singh and others, carried out an inspection in the old Grain market on Wednesday and checked the records of Goyal Broker, Shree Mahavir Brokerage, Piare Lal Ramesh Chander and Gagan Goel and Sons.

The commission agents gave undertakings to the flying squads that they would not purchase the paddy from other states.

ADC Jagraon Dr Nayan said that those indulging in the malpractices would face severe action and told flying squad would keep round the clock check on movement of trucks carrying illegal paddy.