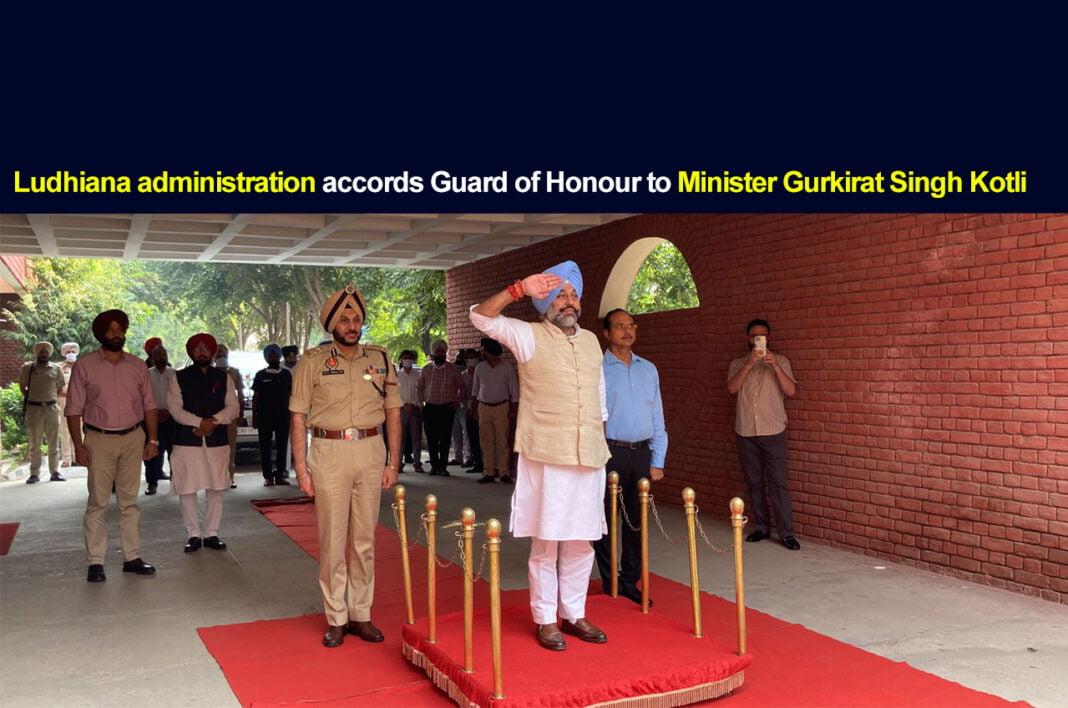 Industries and Commerce Minister Punjab, Gurkirat Singh Kotli on Wednesday was accorded Guard of Honour at Ludhiana Circuit House by the district administration.

Deputy Commissioner Varinder Kumar Sharma and Commissioner of Police Gurpreet Singh Bhullar and welcomed him. They were also accompanied by MLA Kuldeep Singh Vaid and other senior district administration officials.

It was Gurkirat Singh Kotli’s first visit to Ludhiana after becoming Cabinet Minister. Gurkirat also took a salute from the Guard of Honour given by the Punjab Police at the circuit house.

Kotli later held a brief meeting with the Deputy Commissioner and Commissioner of Police and asked them to give top priority for redressing the issues of industrialists. He also took stock of the implementation of other programs of the Punjab government.