Inexperienced Rahul and Priyanka are like my children, says Amarinder Singh 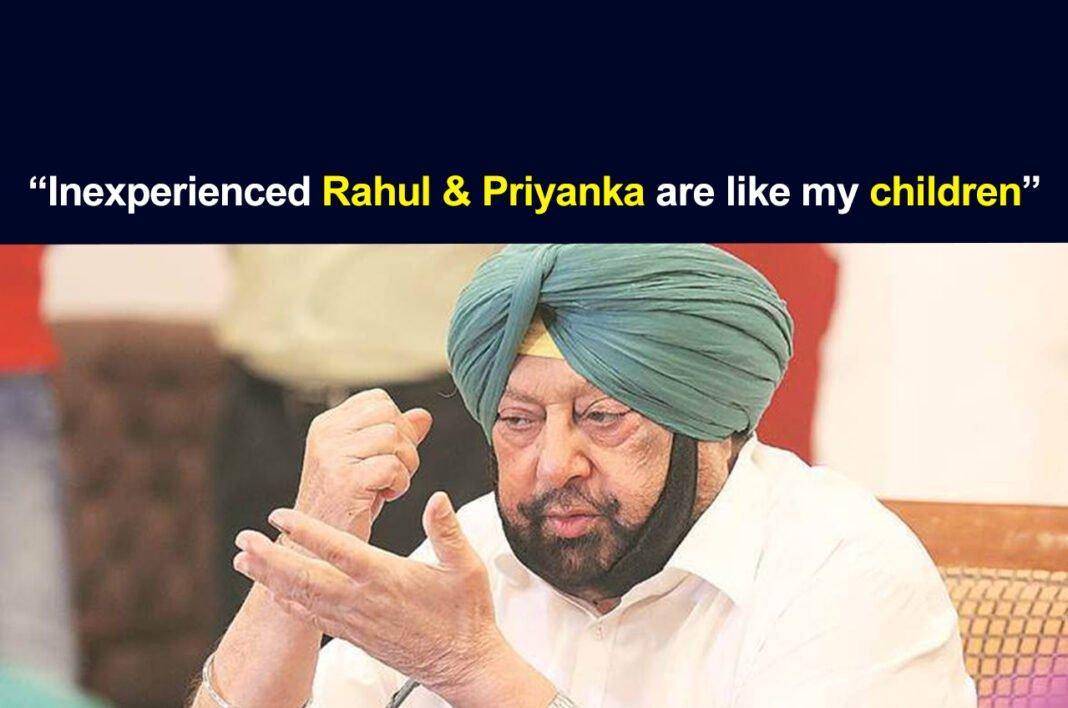 Raveen Thukral, the media advisor to former CM Amarinder Singh, posted a series of tweets on Wednesday. According to his tweets, Captain Amarinder Singh has said that he was ready to make any sacrifice to stop Navjot Singh Sidhu from becoming Punjab CM.

He also said that he will put a strong person against him to ensure his defeat in 2022 elections.

Also, he said that Priyanka and Rahul Gandhi were like his children and this (his fate as CM) should not have ended like the way it did. “The fact is that Gandhi siblings are inexperienced and their advisors are clearly misguiding them,” Raveen’s tweet read.

Captain also lashed out at KC Venugopal and Randeep Surjewala.

“How can @kcvenugopalmp or @ajaymaken or @rssurjewala decide who’s right for which ministry. When I was CM I called the shots and appointed my own ministers based not on their caste but their effectiveness: @capt_amarinder @INCIndia,” another tweet read.