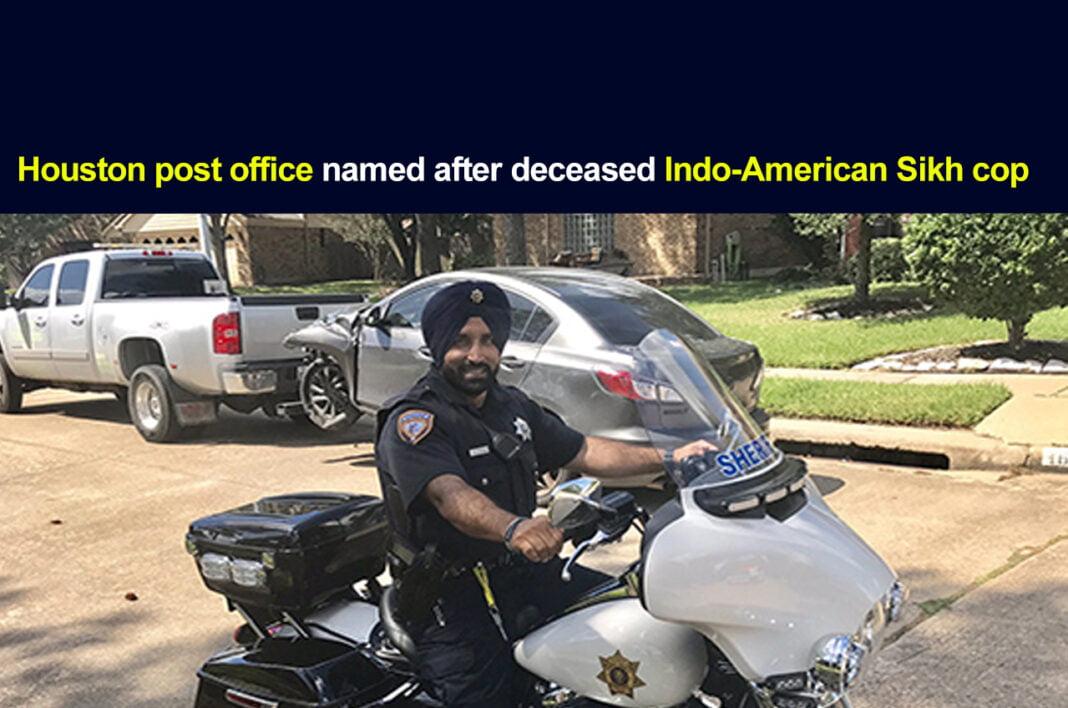 A post office in West Houston, USA, has been reportedly named after Sandeep Singh Dhaliwal, an Indian-American Sikh police officer. As per the reports, in the year 2019, he died after being shot multiple times from behind while being on duty.

He was 42 years old when he was gunned down during a traffic stop on September 27. He reportedly worked as Harris County Sheriff’s Deputy. Dhaliwal is survived by three children. In the year 2015, he made headlines when he became the first police officer in Texas to do his duty wearing a turban and beard.

In a tweet, Harris County Sherrif’s office reportedly said, “Our fallen brother Deputy Sandeep Singh Dhaliwal was honoured by renaming a postal office in west Harris County in his memory. We are grateful to the Texas delegation, Harris County Commissioners Court, United States Postal Office & the Sikh community for honouring him.”