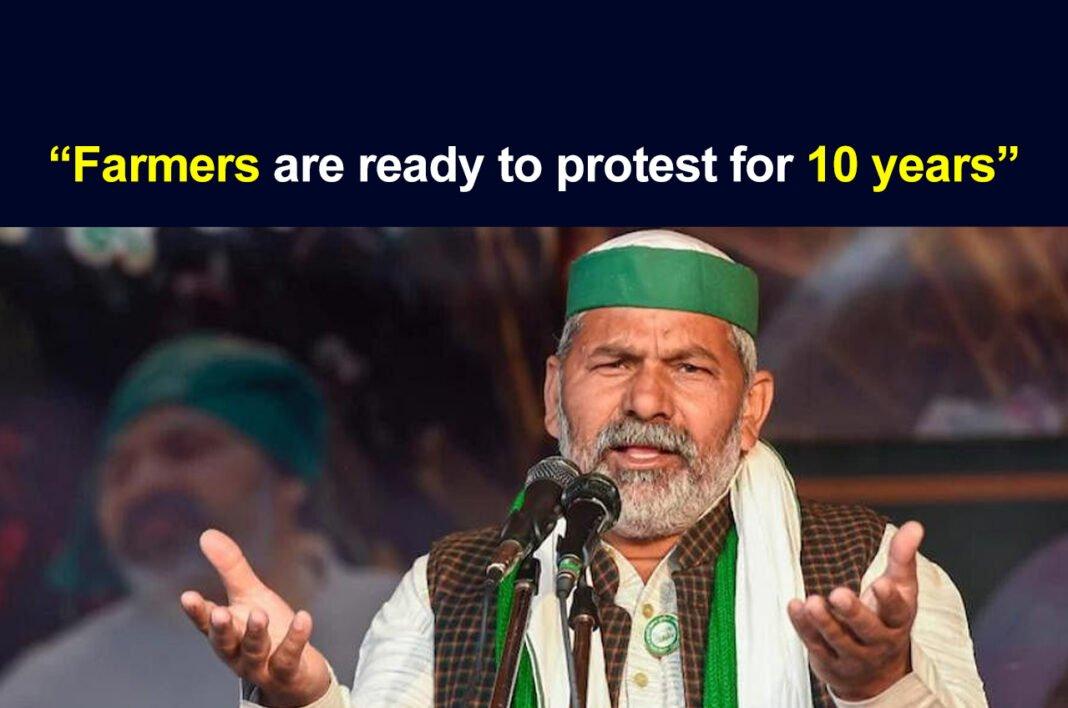 Rakesh Tikait, leader of the Bhartiya Kisan Union has reportedly said that farmers were ready to agitate and protest against the anti-farm laws for 10 years. On September 26, a day before the ‘Bharat Bandh’ called by the farmer unions, Tikait said that the farmers protesting against the black laws for the last 10 months were ready to agitate for 10 years but won’t allow them to be implemented.

As per the reports, he was addressing a mahapanchayat in Panipat on Sunday. Tikait was also accompanied by Gurnam Singh Chaduni. He urged the general public and all the sections of the society to be a part of the Bharat Bandh.

It is to be noted that thousands of farmers have been protesting at Delhi borders against three farm laws for the last 10 months.