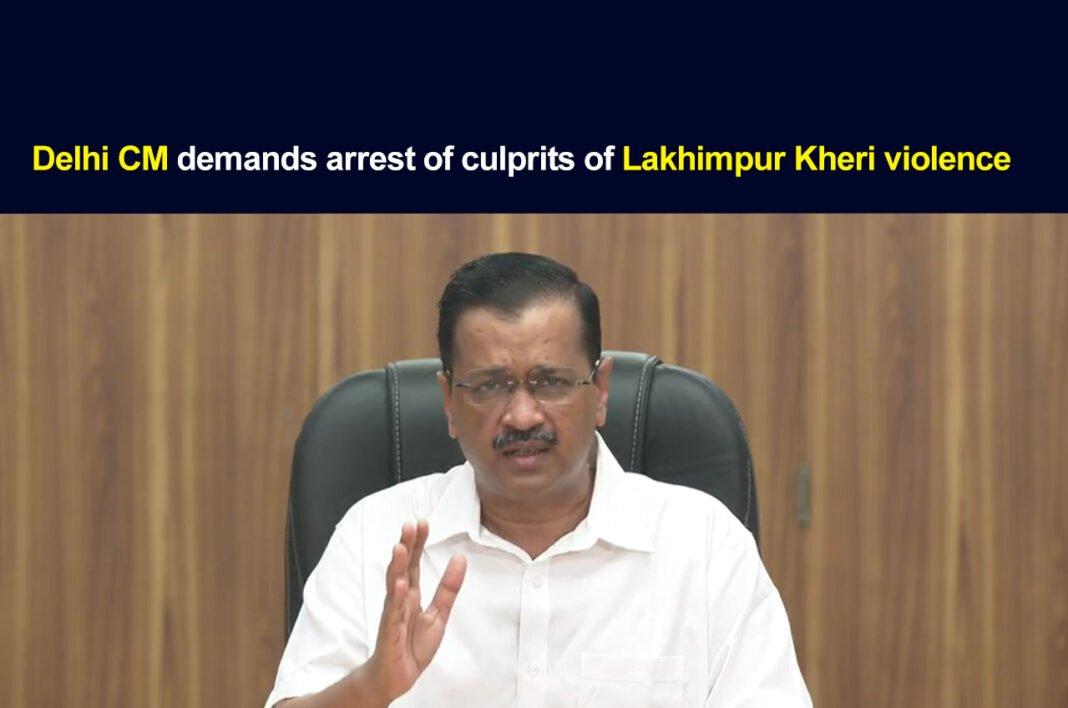 Delhi Chief Minister Arvind Kejriwal on Wednesday demanded the arrest of the accused of the Lakhimpur Kheri incident, where four farmers and four BJP workers were reportedly killed.

AAP’s leader also questioned the BJP led Uttar Pradesh Government for stopping political leaders to meet the families of the victims. He addressed a press conference and alleged the UP government of saving the culprits.

He asked why the culprits were not arrested till now. Arvind Kejriwal also requested Prime Minister Narendra Modi to meet the families of the victims. He said, “The families of the deceased are inconsolable and if the PM meets them, it will bring in some relief.”

On Sunday, the farmers were protesting in Lakhimpur Kheri where UP Chief Minister Keshav Prasad Maurya was scheduled to meet Ajay Mishra, Union Minister of State for Home Affairs.

The farmers were reportedly angry over Ajay Mishra’s earlier statement in which he said that the protest involved only 10-15 people and it would take only two minutes to make them fall in line.

The reports suggest that the farmers were showing black flags to a convoy of SUVs when one of the vehicles ruthlessly ran over the group of protesting farmers. The Samyukta Kisa Morcha has alleged that Ajay Mishra’s son Ashish Mishra was driving the vehicle. An FIR has been registered against him.

Also read: FIR against Ajay Mishra’s son and 15-20 others

A video of the incident has gone viral on social media where an SUV can be seen hitting the protesting farmers. It has also been shared on Congress’ official Twitter handle.