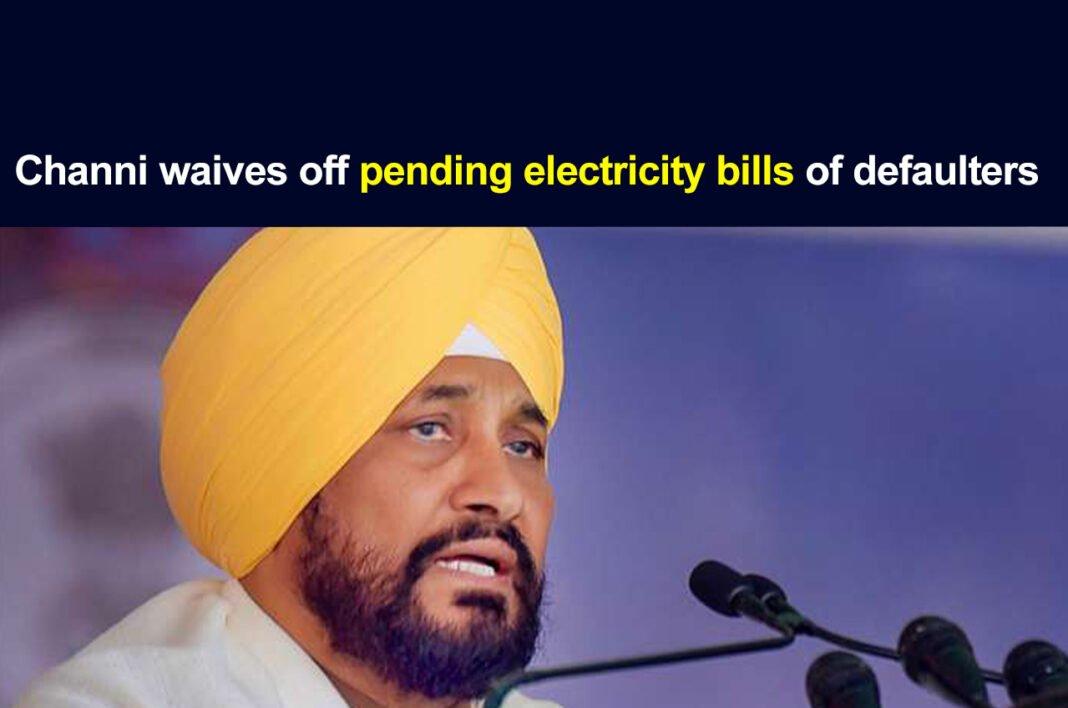 Punjab Chief Minister Charanjit Singh Channi has announced a waiver of the pending electricity bills in Punjab on September 29. Addressing the media on Wednesday, Channi said that the electricity bill arrears of the connections with up to 2 Kilo Watt load would be paid by the Punjab Congress.

Also, he said there are around 53 lakh families that uses electricity connections of 2KW load. “The approximate amount that the Punjab government would bear will be around 1200 crore,” Channi said.

He also said that the power connections of those who have failed to pay the bills would also be restored by the Punjab government without taking any fee.

CM also informed that tehsil-level committees would be appointed to verify the connection load. Those with a load of up to 2 KW. Channi also clarified that the policy would be applicable on previous bills only.

On Navjot Singh Sidhu’s resignation, Chani said that he had invited Sidhu to talk to resolve the issue.