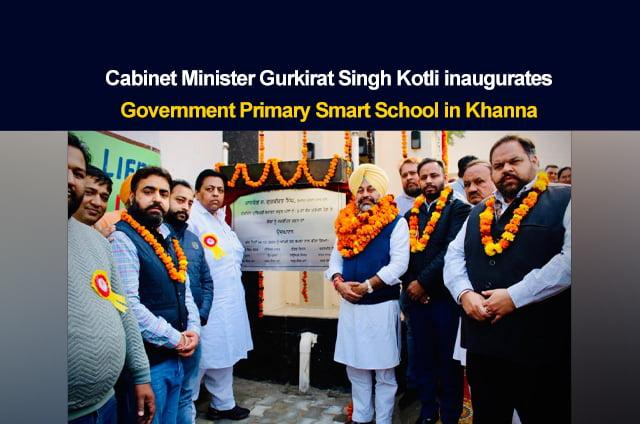 The Cabinet-Minister looked into the progress of the school’s completion and handed it over to the people on Monday.

There was no end to the enthusiasm of the school staff who took a special interest in decorating the premises. The blackboard in the classrooms had some meaningful proverbs that became the main attraction for the people who visited the school.

A group of educations lauded the effort of the Punjab Government adding that people in Khanna are very thankful for this smart school as it will help the students in competing with others and staying ahead.

While addressing the gathering at the occasion, the Cabinet Minister said, “There is no match for a good education as it sculpts our younger generation in the best ways thus making them enlightened and good citizens. We should collectively work to provide better education to the economically weaker sections as this is the best service to humanity,” added the minister.