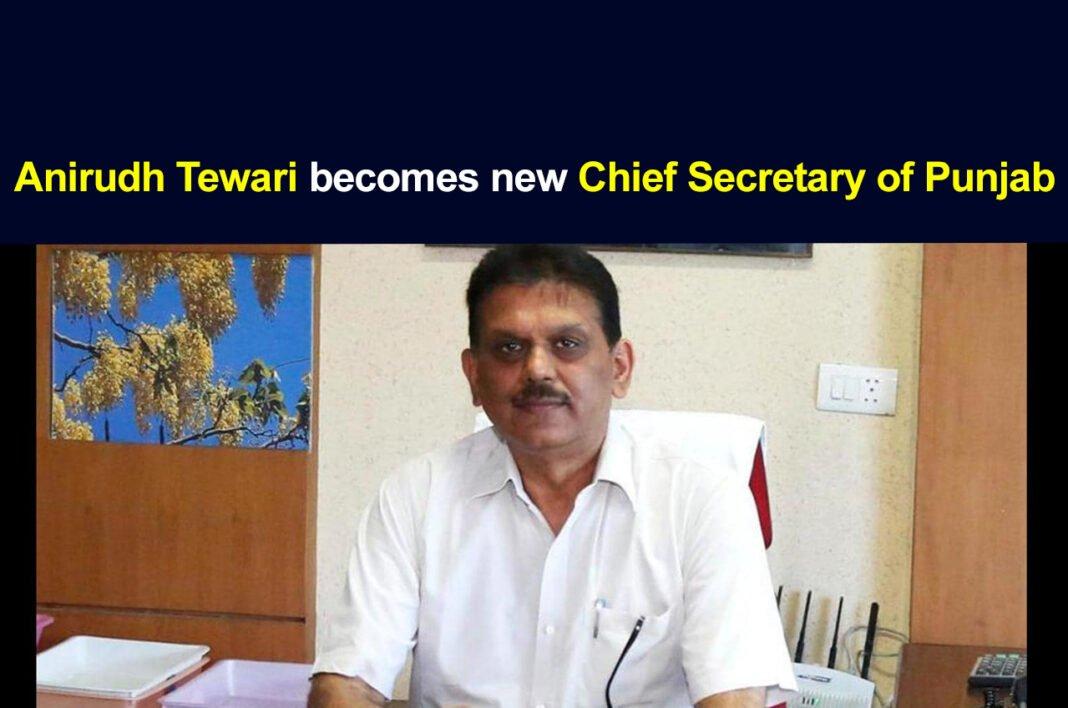 Just within three days of the new Chief Minister Charanjit Singh Channi assuming office, several administrative changes have been witnessed in Punjab. On Thursday, Anirudh Tewari has been appointed as the new Chief Secretary of the state.

Vini Mahajan has been replaced by Anirudh Tewari who is a 1990 batch IAS officer and also Vice-Chancellor of Punjab Agricultural University, Ludhiana.

It had been a year and three months only that Vini Mahajan took the charge as the Chief Secretary. As many as 9 IAS officers and 2 PCS officers have already been transferred after Channi became the CM. Also, the Police Commissioners of Ludhiana, Amritsar and Jalandhar were changed.