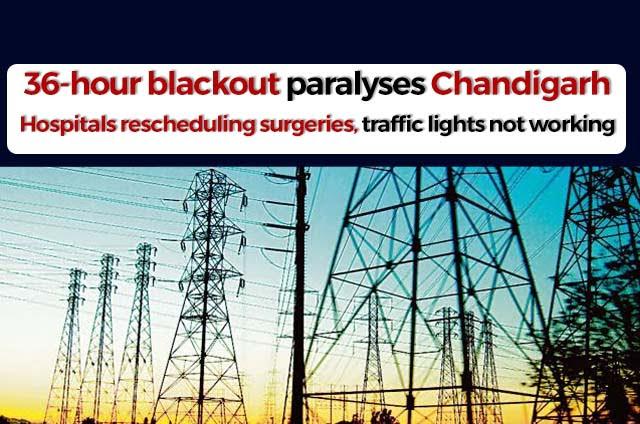 Several parts of Punjab and Haryana’s capital Chandigarh are hit by a complete blackout and left with no electricity. As per the reports, all of this happened because of a three days strike by the electricity department workers.

Since Monday evening, thousands of houses in Chandigarh are left with no electricity and no water supply. Also, the reports suggest that some of the traffic lights are also not working properly because of the blackout in Chandigarh.

Not only this but a lot of government hospitals have no choice but to reschedule several surgeries.

Health Services Director Suman Singh reportedly told the PTI news agency that they had backup plans. They had generators. “But one cannot put 100 percent load of a hospital on a generator.”

According to the reports, the electricity workers are protesting against the privatisation of the electricity department. The ones who are protesting, fear that privatisation will change their work terms, and also drive up the power tariffs. The officials of the Chandigarh administration reportedly said that they had made adequate arrangements to maintain the power supply in Chandigarh.

However, the traders and residents complained of electricity outages. Several power cuts in Chandigarh have also hit industrial production.