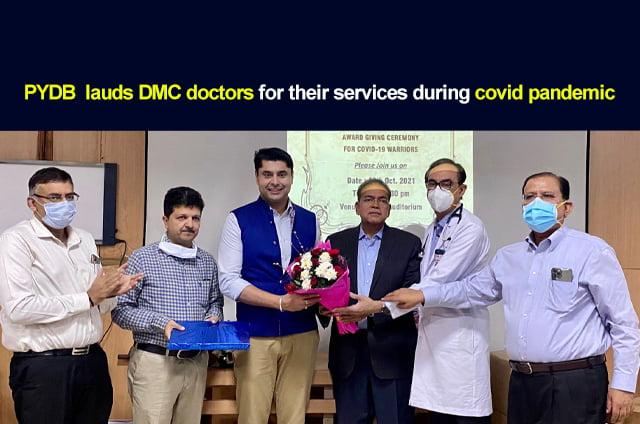 Chairman Skhwinder Bindra said that the Punjab Youth Development Board under the able leadership of Chief Minister Charanjit Singh Channi recognizes the endeavour and courage of these doctors and their teams during the battle against the deadly disease.

He said that the fortitude displayed by them was a great example for the people. He added this war against deadly virus was most difficult as the enemy was invisible.

Sukhwinder said, “All the doctors exhibited exemplary courage and determination during the fight due to which several precious lives were saved. These Corona Warriors were the real heroes and champions who remained at the forefront during the pandemic by risking their own lives.”

He added that it was the duty of PYDB to recognize the services of all those who have rendered their services to keep coronavirus at bay.