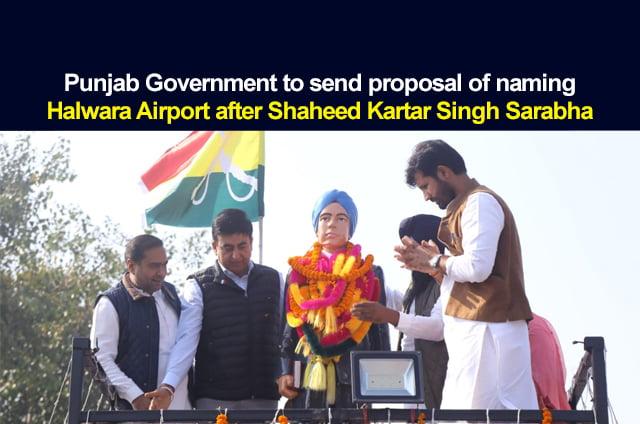 Punjab Transport Minister Amarinder Singh Raja Warring on Tuesday announced that Punjab Government would soon send a proposal to Union Government for naming Halwara International Airport after Shaheed Kartar Singh Sarabha as a tribute to legendary revolutionary of the country.

He added that it would be a tribute to the “youngest martyr” of the country who attained martyrdom at the age of 19 years.

On the proposal of Senior Congress leader Capt Sandeep Singh Sandhu, the Minister assured that Dakha’s new bus stand would be named after the martyr’s name and the proposal in this regard would be taken up in the cabinet meeting.

Further, he announced a daily bus service of Punjab Roadways directly from Ludhiana to Sarabha village. Besides, a grant of Rs. 10 lakh for the development of the village from his discretionary funds.

Senior leader of Congress Capt Sandeep Singh Sandhu thanked the cabinet minister for accepting the demands of sending the proposal to the central government for naming Halwara international airport and Dakha bus stand on martyr’s name.