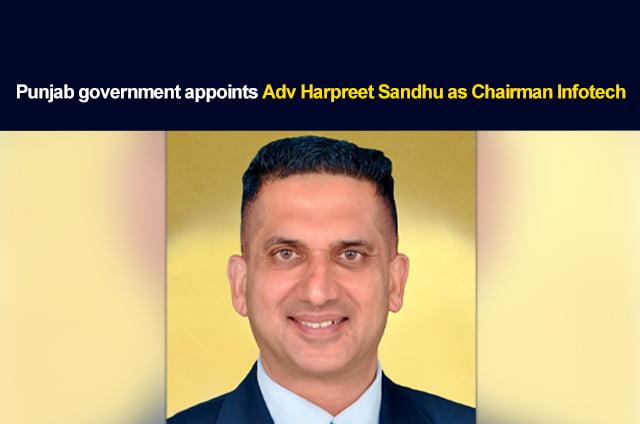 Industries Minister Gurkirat Singh congratulated Sandhu and conveyed his best wishes to him.

Notably, Adv Harpreet Sandhu is a practicing lawyer, with expertise in International Laws and Relations. He is former Additional Advocate General Punjab, an eminent author, and a nature Artist.

He has authored four books on Legal Comparative Study, comparing the laws of different nations with India. He has also been awarded a practice Diploma in International Human Rights & Criminal Procedure, from the College of Law of England & Wales, United Kingdom. He has represented India as Ambassador of Goodwill to France (R.I-GSE awardee). Other than that, he has worked as a Coordinator on behalf of the Ghana High Commission in India promoting mutual business relations.

He has initiated an innovative pictorial work on the Nature of Punjab as well on the Historical Gurudwaras. He has also promoted the Heritage Monuments of Punjab i.e. Pul Kanjri (Amritsar), Moorish Mosque (Kapurthala). The Bathinda Fort (Bathinda) through his passion for photography. A regular contributor to reputed journals.