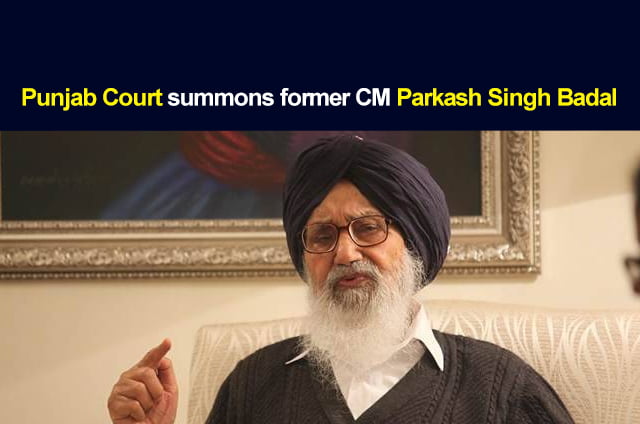 The Hoshiarpur Court has reportedly issued summon to the former Chief Minister of Punjab Parkash Singh Badal on Friday.

According to the reports, the court has asked the former Chief Minister to appear before the court on November 28.

Parkash Singh Badal has been summoned in a case related to the forgery of the constitution of the Shiromani Akali Dal. The court has asked him to appear on November 28. The party spokesperson Daljeet Singh Cheema and current President Sukhbir Singh Badal has already got bail in this case.

Balwant Singh Khera had alleged that Badal’s party had given a false undertaking to the Election Commission that it had amended its constitution and incorporated “secularism” and “socialism”. However, they continued to participate in the Gurudwara elections and continued as “panthic” party.

In the year 2019, the leaders of the Shiromani Akali Dal had approached the court to seek a stay on the trial when the additional magistrate Hoshiarpur summoned them. Then, the high court had stayed the trial.

Also read: Facebook has become “Meta” | Know what is a metaverse and how will it work