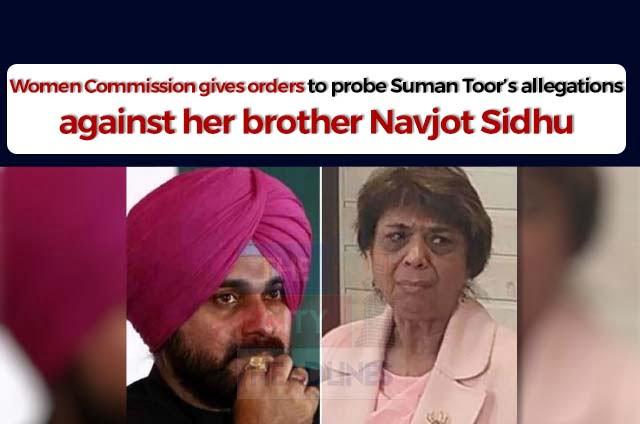 Punjab Pradesh Congress Committee Chief Navjot Singh Sidhu’s sister Suman Toor had given a complaint to the National Commission for Women against her brother in a property dispute.

Now, the commission has given orders to the Ludhiana Deputy Commissioner of Police to take action within fifteen days.

According to the reports, Navjot Singh Sidhu’s sister Suman Toor lives abroad. In her complaint, an address of Pakhowal Road, Ludhiana has been given.

Earlier also, during a press conference in Chandigarh, Suman Toor has alleged that Navjot Singh Sidhu had “thrown her out” of the house. The political experts in Punjab say that Suman Toor’s complaint against Navjot Sidhu can prove to be a bane for him in these elections.

After Sidhu’s sister Suman Toor’s allegations against him, he was in opposition’s eyes and several leaders had questioned him about the allegations during the election campaigning.

Sidhu’s wife Navjot Kaur had earlier said that such relatives come forward near the elections.