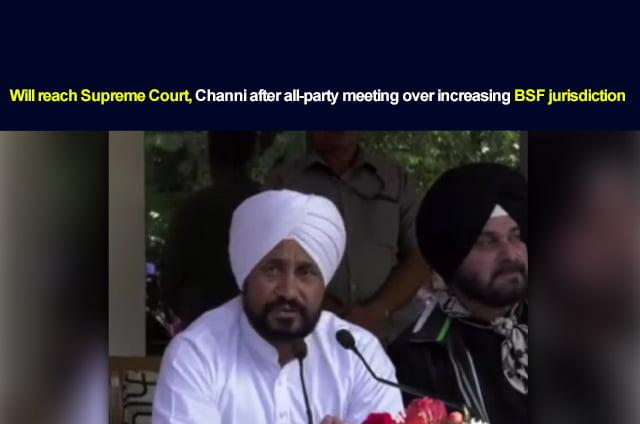 Punjab Chief Minister today convened an all-party meeting in Punjab Bhavan to discuss the Centre’s decision to increase the BSF’s jurisdiction in Punjab.

After the meeting concluded, CM Charanjit Singh Channi said that the representatives of different parties have opposed the Centre’s decision. The meeting attendees asked the Centre Government to repeal the decision.

“If the Centre government do not take back their decision, a Vidhan Sabha session will be called soon. Law and order is a state subject and our rights have been robbed. All the parties would unitedly work and repeal this decision.”

He also said that the state government will approach Supreme Court against Centre’s decision.

It is to be noted that Centre government has ordered to increase BSF’s jurisdiction in Punjab that shares a border with Pakistan. Earlier, the area under BSF was 15 kilometres. Now, it has been increased to 50 kilometres.

The BJP leaders from Punjab did not participate in the all-party meeting. Senior BJP leader Manoranjan Kalia has said that BSF was a concurrent subject and because drones are used for smuggling drugs and weapons, BSF’s jurisdiction was increased.