“Will quit politics if BJP defeats us”, challenges Arvind Kejriwal 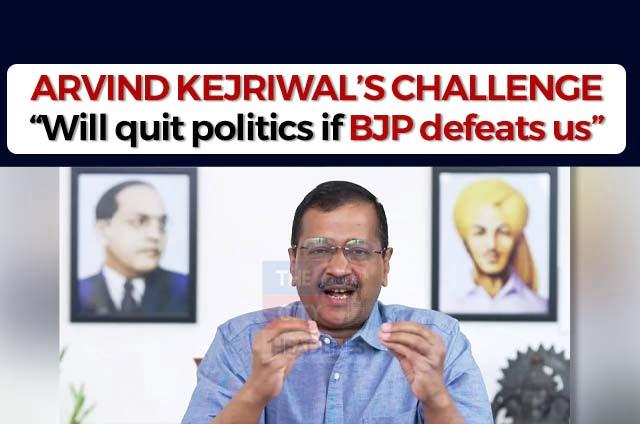 He openly challenged that he will quit politics if the civic body polls are held on time and Bhartiya Janta Party defeats them.

“BJP government at the Center is pressurizing state election commission to postpone the MCD elections. It is an affront to democracy. They are bringing an amendment to delay the polls for months. All of us know that BJP will be wiped out in the Delhi MC elections,” Kejriwal said.

Further, he said, “ I challenge BJP to conduct the elections on time. If they defeat us, I will quit politics.”