Who will be Congress’ CM face? Charanjit Singh Channi leading in survey 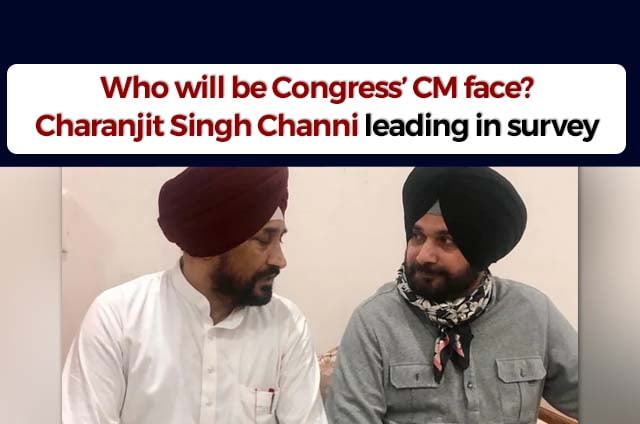 The reports suggest that Congress is calling the general public through automated calling systems to seek their opinion on the Chief Minister’s face. Party’s target is to call 1.5 crore people in the next 3 to 4 days.

The reports also suggest that the party is also seeking opinions of Congress workers, candidates, and members of Parliament from the Congress’ side.

The initial trends of the survey suggest that Charanjit Singh Channi is getting more votes than Navjot Singh Sidhu.

The reports also suggest that Congress will the event of announcing its Chief Minister’s face, a big one.

Before Congress, Aam Aadmi Party has conducted a televoting survey to announce its Chief Minister’s nominee. Bhagwant Mann is the CM face of the Aam Aadmi Party in Punjab.

During his visit to Punjab, Rahul Gandhi has said, “I have talked to Charanjit Singh Channi and Navjot Singh Sidhu. Both of them have promised me to support the other person after the announcement of the Chief Ministers’ face.”