Who is Surabhi Malik? The first woman Deputy Commissioner of Ludhiana 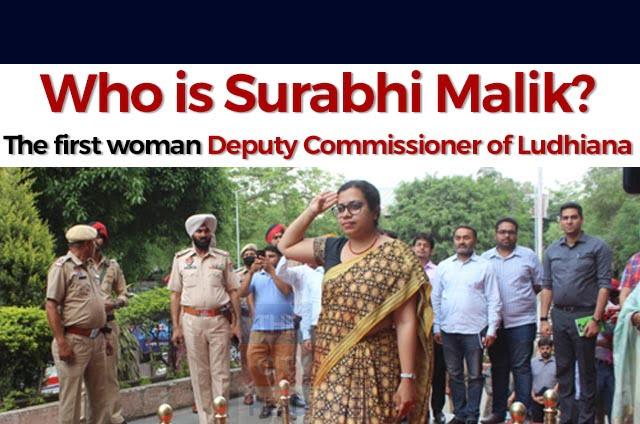 While speaking to media persons, Surabhi Malik said that providing a transparent administration to the people of Ludhiana with complete accountability would be her priority. She said special plans would be formulated for various fields such as traffic, environment, healthcare, education, the safety of senior citizens, women and children, etc.

She did her Masters in Economics from the London School of Economics on the prestigious Commonwealth Scholarship from 2007 to 2009. She completed BA (Hons) in Economics from Lady Shriram College in Delhi. She is also the recipient of the Director’s Gold Medal for Management at Lal Bahadur Shastri National Academy of Administration, Mussoorie.